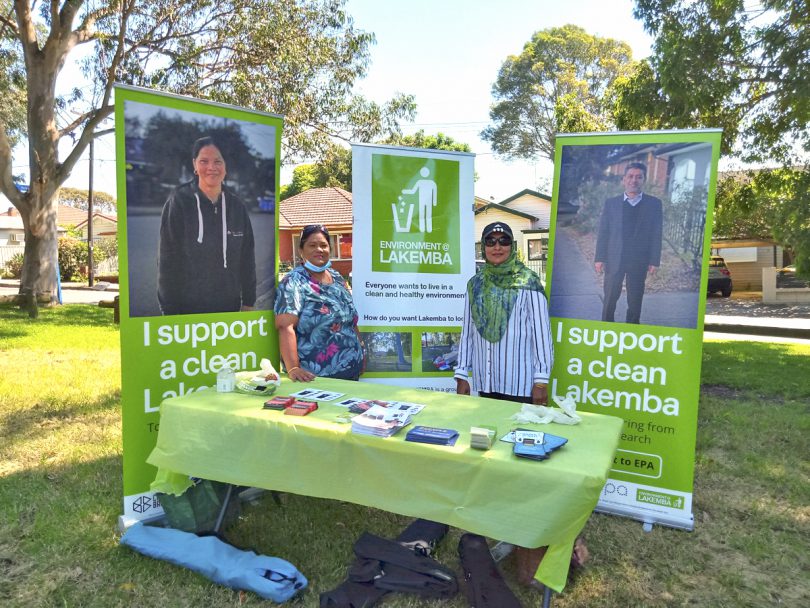 A WALK through the parking areas of Lakemba’s Railway Parade and Boulevard, highlights the large amount of littering that occurs from cars.

Whether it be takeaway packaging, cigarette butts or just rubbish from the floor of the car, litter is everywhere along the kerbsides and car parks in Lakemba.
That is all changing now, though, after community group – Environment@Lakemba – took action earlier this year and successfully applied for an Environment Protection Authority grant to help tackle the growing problem.
With banners and signage now erected encouraging residents to think twice before they litter, group members are also spreading the word in an effort to get people to use bins and not drop rubbish from their cars onto the street.
One of the group’s members, Prakash has been actively involved with Environment@Lakemba since its formation in 2012.
“I was shocked to learn that people didn’t view littering from cars as a problem or ‘real’ litter,” she said.
“Having lived in Lakemba and Belmore all my life, I believe the way to make Lakemba cleaner is through education, especially the next generation.”
As a reminder to do the right thing, posters of locals stating they support a ‘Clean Lakemba’ have also been put up in shops and on streets in the area.
To lend your support or get involved in Environment@Lakemba, contact Kate, 9750 9344.