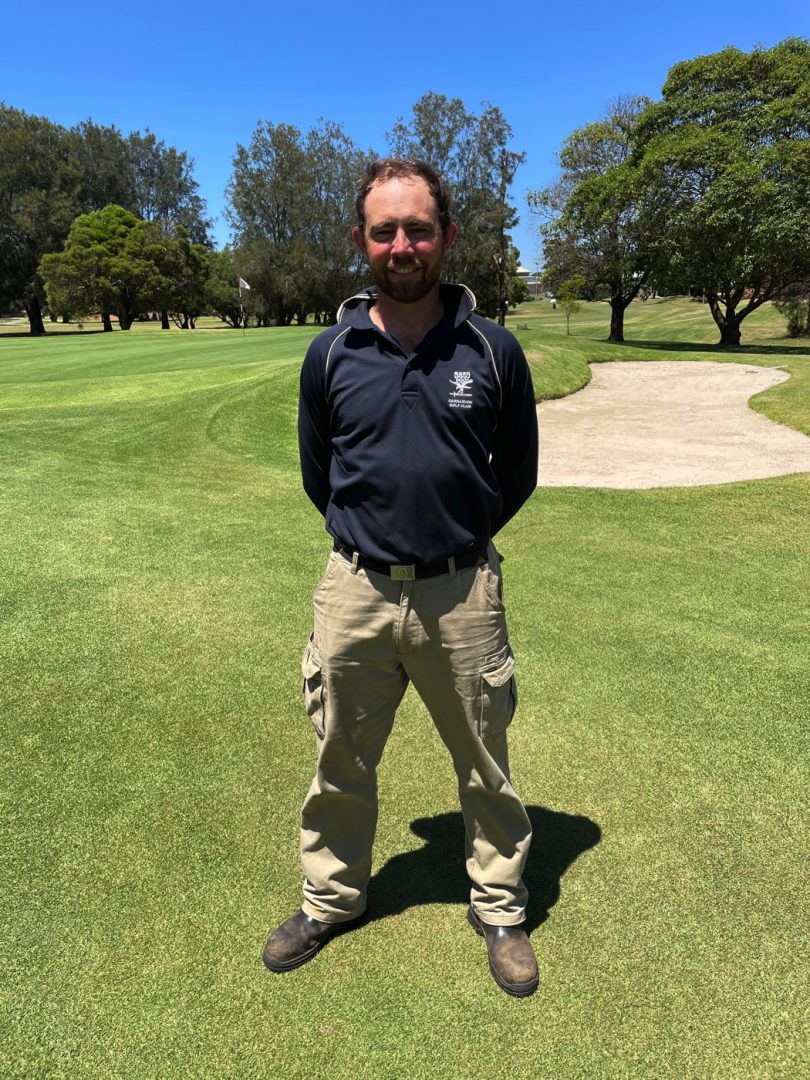 WISHING he had more time to actually play on the golf course at which he spends most of his time professionally ensuring it remains in pristine condition, Carnarvon Golf Club’s Shay Tasker is one of four finalists vying for ‘Superintendent of the Year’.

Saying it was a big surprise to be nominated, he said a respected supplier nominated him in the first instance with that nomination then backed up by club management.
“It is certainly an honour but I don’t feel I deserve an award any more than anyone else who has had to rise to the challenges of living and working in the pandemic,” he said.
“It’s been a battle for everyone and I am just doing the job that I love.”
Working at Carnarvon for 15 of his 23 years as a greenkeeper, the 39-year-old father of two says managing a golf course involves a lot more than just cutting grass.
“There’s a real science to turf management,” he said.
“I’d love to have the time to play golf more, maybe do more bike reading and a lot more camping with the family; I’m a real outdoors lover but the job is a big one and takes up all of my focus.”
The winner of the Superintendent of the Year Award will be announced on February 15.