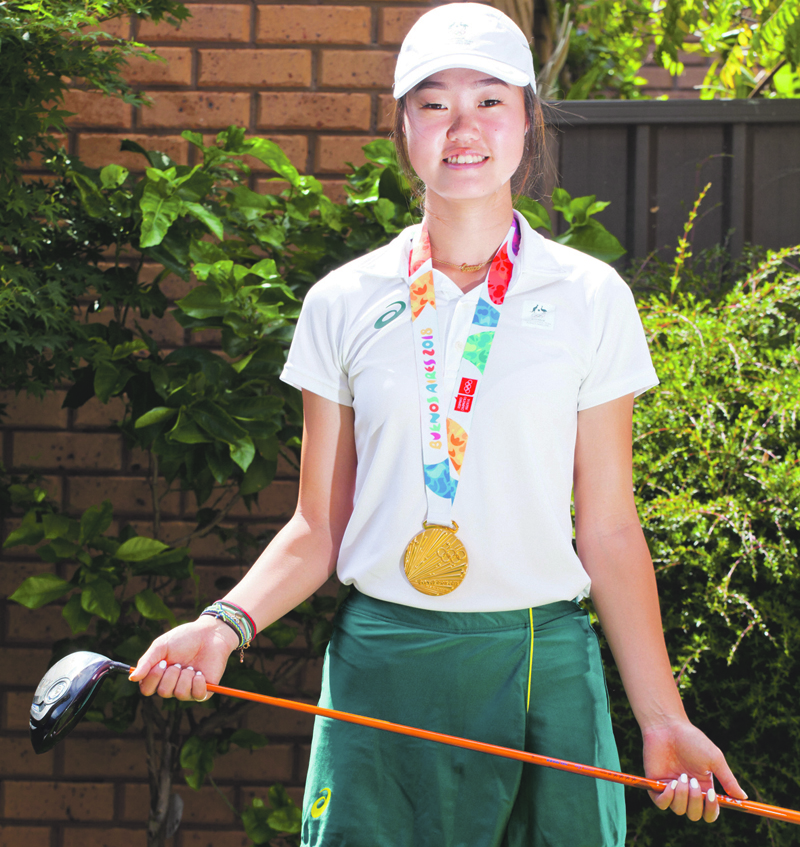 TAKING a swing at one of the most prestigious tournaments in international women’s golf, Greenacre’s Grace Kim, 19, is set to compete in the Augusta National Women’s Amateur Championships after receiving an invitation to take part in the championship last week.

Kim is still pinching herself after receiving the news late last month when she woke to find an email from the tournament organisers asking her to call them urgently.
“I got an email from the tournament director asking for a call, so I called only to hear that the Chairman has been watching me and wanted to invite me over,” an ecstatic Kim beamed.
“I screamed to my parents saying that I got in and like me, they were super excited.”
Kim said receiving an invitation into the championship had been one of her goals for 2020.
“I just missed out last year, so this is a big goal achieved,” she said.
“I’ve seen other girls upload insta stories and posts with their invitations which is so cool, but now knowing I’ll be receiving one by the end of this week, is just a dream come true.”
With the quality of the field assembling, Kim knows her game will need to be in tip-top shape. She intends to put in as much work as she can to ensure she is at her peak by April.
“I cannot wait to play some good golf over there,” she added.