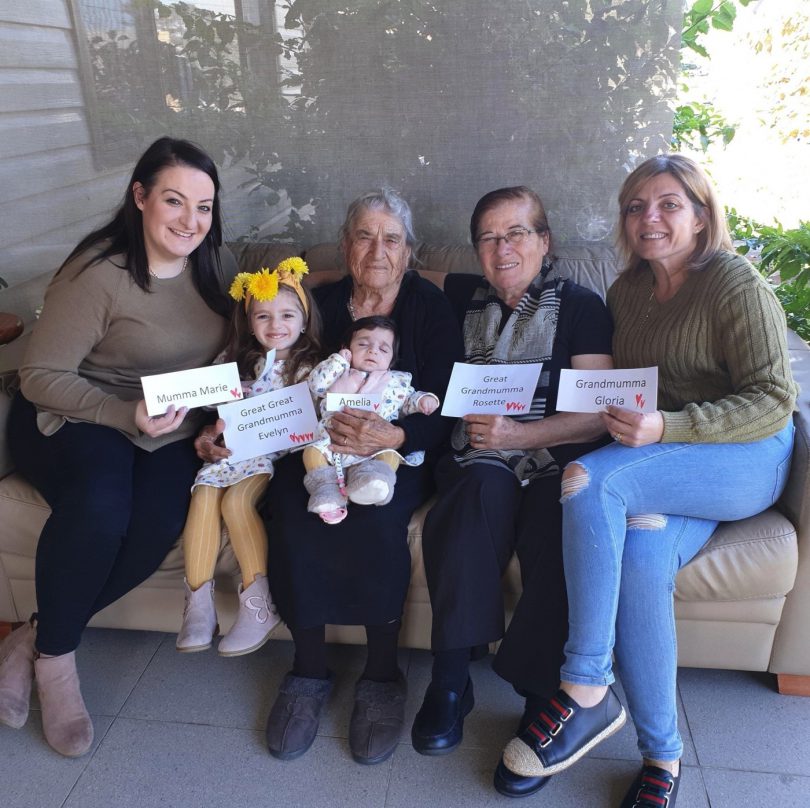 NOT letting anything stop her from her seeing her family until now, Guildford resident Kablene Barakat was still travelling between Australia and Lebanon until last year despite turning 100 on June 10.

She first arrived in Australia in 1971 to meet a new grand-daughter, Sonia, and catch up with her five oldest children who had migrated here, with the youngest six still living in north Lebanon.
“Grandma stayed for a few years and then returned to Lebanon,” Sonia said.
“She came back in 1983 or ’84 and has lived here since but has always returned to visit her family back home.”
A very independent woman who lives with one of her daughters, Mrs Barakat who lost her husband nearly 50 years ago in an accident, has always had a green thumb and a yard full of vegetables.
“Up until last year, she was supplying parsley to a store and whenever we visit, we come away with a basket full of delicious veg or herbs,” Sonia said.
“We are lucky in that most of us – 116 descendants here and in Lebanon – have inherited her green thumb.
“She was indeed thrilled to hear from the Queen, Prime Minister, Governor General and many local MPs on her birthday and is sad that she has probably seen Lebanon for the last time as family is everything to her.
“Unfortunately, due to Covid, the Australian family members were unable to get together to celebrate her 100th but we have all been keeping in touch very regularly.”