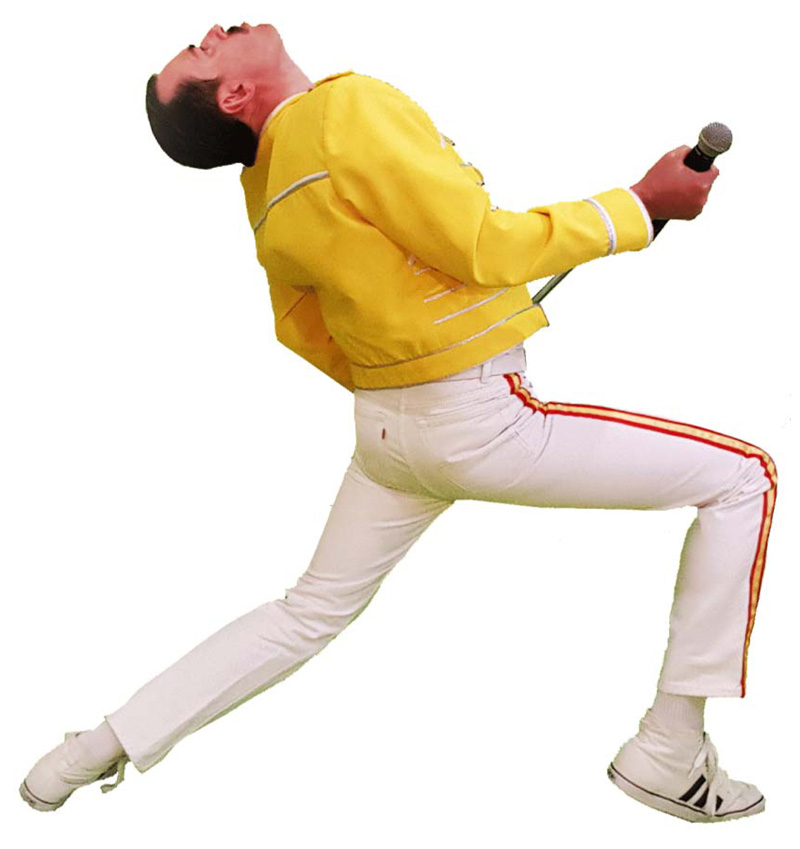 HAILED as the greatest rock band of the 20th century, Queen, along with lead singer Freddie Mercury, is loved by fans worldwide and sharing the joy, tribute band Bohemian Rhapsody is swinging into Canterbury Hurlstone Park RSL in February.
Thomas Crane is arguably the best Freddie Mercury in Australia if not the world, with many years of experience and the closest thing to the real Freddie alive.
He sounds like Freddie, looks like Freddie and gets the crowd’s reaction just like Freddie.
Now Crane and his band, Bohemian Rhapsody, bring back to life the visual excitement and stage energy for which Queen is renowned.
Anyone who knows anything about Queen, is well aware that a huge part of the Queen live experience was their stage presence, their flamboyance, theatrics and energy.
At a Bohemian Rhapsody show, none of this is lost in translation, the posturing and preening, the strutting and showmanship.
Bohemian Rhapsody stands alone to showcase the music of the greatest rock band of all times.
Everything is here, right down to the trademark cheeky banter and singing contests between Freddie and his audience.
For those of you who were fortunate enough to see Queen perform live during their reign, this will be a wonderful trip down memory lane for you.
For those of you who never got quite that lucky, the show goes on.
Bohemian Rhapsody starts their performance from the music of the 1970s – the decade, the leather and long hair, through to the 80s and 90s when Queen were the hottest act in music, with such immortal rock hits as ‘Crazy Little Thing Called Love’, ‘We Will Rock You’, ‘We Are The Champions’ and of course, ‘Bohemian Rhapsody’.
Bohemian Rhapsody plays to packed houses and passionate audiences, and their popularity is such that their fan base is strong throughout Australia and overseas. This show is amazing, and covers all the age group categories and walks of life.
Catch it at Canterbury Hurlstone Park RSL Club on Friday, February 7, from 8pm. Tickets: $35. For more info, call the club on 9559 0000.