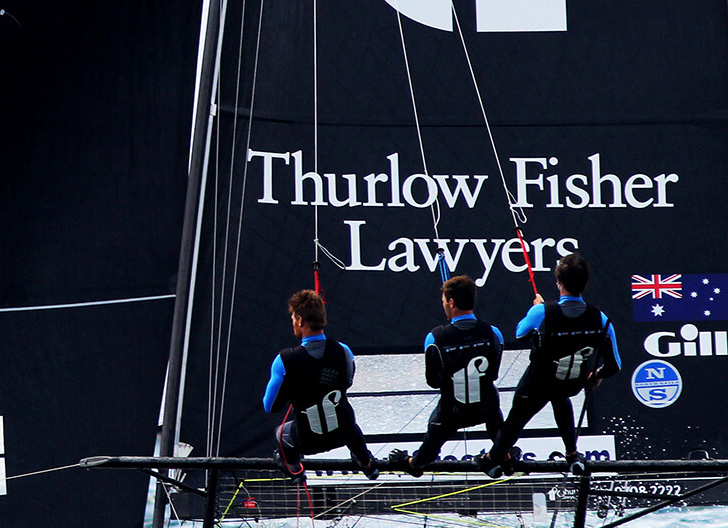 IT’S the focus on local news, people and services that has kept Torch’s longtime advertisers coming back week after week and some of them have been around for decades too.

Established 75 years ago, Thurlow Fisher Lawyers’ founders David Thurlow and John Fisher became such regular advertisers that they counted the Engisch family as friends.
When David passed away at 94 in 2013, his estate went to his second wife who died a short time later and left it to her children.
So David’s daughters Jenny and Susie sought help to get their rightful inheritance from John’s son Matthew who was now the principal at the business although John, now 90, still practises as a lawyer.
“I was able to help Jenny and Susie,” Matthew said.
“I didn’t make any money out it, though Jenny and I fell in love and are now married.”
Matthew says Torch has always been part and parcel of his business life.
“My father and John are close and we all share a love of sailing,” he said.
“I like to think our two businesses are the great survivors.”
Another great survivor is Bankstown City Unity Bank which recently celebrated its 50th anniversary.
General Manager Steve Vassallo says Torch has kept the ‘old-school’ service the same as the bank.
“We have very similar values and culture,” he said.
“I’ve seen photos in our archives of John Engisch at events with so many of the bank’s CEOs over the years and we’ve always worked hand in hand for the benefit of the local community.
“We’re only half the age of the Torch and dealing with the same challenges in the digital world but feel we both lead the way when it comes to putting the local community first; that’s a rare quality today.”