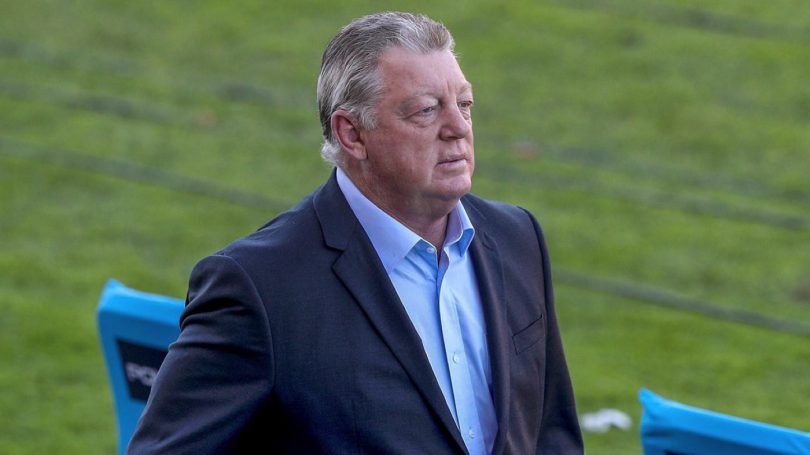 AFTER making a play for their former player and coach Phil Gould earlier this year, Canterbury Bankstown Bulldogs have now secured his services as General Manager of Football as they develop a strategy to take them back up the NRL ladder.

Gould has an incredible history in the game at all levels – as a player, coach, manager and commentator.
Having played in 40 First Grade games for the Bulldogs between 1983 and 1985, he then coached the Bulldogs to the 1988 Premiership to give the club its sixth out of eight titles.
From there, Gould went on to further Premiership success with the Panthers in 1991, before a stunning coaching career with the NSW State of Origin side, where he coached the State to four series wins in five seasons between 1992 and 1996, before returning in 2002 to coach the team for three more series, winning two and drawing a third, to make him the most successful NSW Coach in history.
Bulldogs Chair John Khoury is delighted that he has been able to bring Gould back to Belmore.
“Phil Gould’s return to our club as GM of Football is phenomenal news for our club, it’s Members, fans and stakeholders,” he said.
“Phil has a great relationship with Head Coach Trent Barrett and we firmly believe that he can help to drive us forward to getting back to where we need to be, namely as a Premiership contender once again.”
Gould said a lot of hard work had already been done at the Bulldogs.
“Chairman John Khoury has done a great job to get the club financially back into a strong state,” he said.
“It’s now about building relationships and me getting an understanding of the inner workings and who brings what to the club.
“We’ve already got a strong junior league but we’ll increase participation there and set up development pathways.
“We want kids to come to us young and learn the Bulldog way and be part of Bulldog culture.
“The Bulldogs have always been one of the marquee clubs in Sydney and I want to help restore it to that level.”