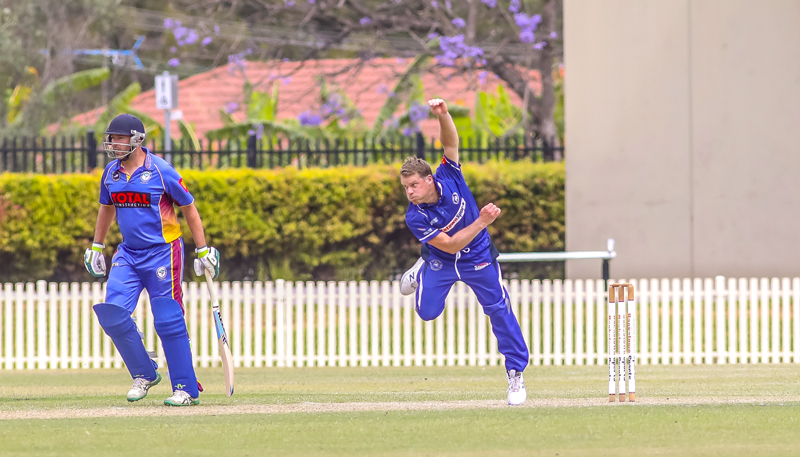 THE Bankstown Sports Bulldogs were edged out by the Wests Magpies in the Premier Grade Cricket 50 Overs match at Bankstown Memorial Oval last Saturday.

The home side was sent into bat by the visitors and got off to a diabolical start with the loss of top order batsmen Mark Stoneman, Nick Carruthers and skipper Daniel Solway. Amid the chaos, to the rescue once again, came top class allrounder Mitch Brown.
Brown kept the Dion Bourne scoreboard ticking over with a dynamic 97 not out, plundering seven sparkling boundaries to get the Bulldogs barking and reach the reasonable target of 234.
It was a typically spirited knock from the classy allrounder which gave the Bankstown bowlers something to defend. It was most unfortunate that he ran out of partners which deprived him of the triple figures he so richly deserved.
Nathan McAndrew entertained the crowd with some savage strokeplay in his 69. The Thunder star allrounder plundered six boundaries and for spectacular sixes in his typically aggressive knock. The only other Bulldog to seriously trouble the scorers was spinner Ben Taylor who struck two massive sixes in his useful 40.
In reply Wests started confidently and went on to reach 4-238 and victory.
Daniel Nicotra enjoying his promotion to the top grade, claimed 2-36, while the irrepressible Mitch Brown finished off a fine day with 2-39.
Due to his Sydney Thunder workload, Nathan McAndrew was unable to bowl and this was a huge blow to the Bulldogs attack.
Bankstown will take on the Easts Dolphins at Waverley Oval in a 50 overs game on Saturday at 10am.