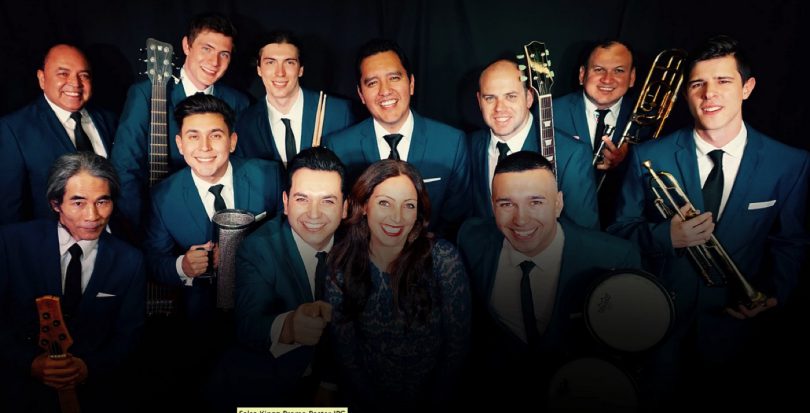 LOCAL club favourites Salsa Kingz are looking forward to returning to the stage in 2021 after not having performed in the last six months due to Covid.

But the high tempo tribute artists to Cuban and Latin American music, have not been sitting on their banjos but instead have created a Facebook Live TV show which first aired on March 28 and ran for 10 weeks until the lockdowns eased on June 1.
“The Live TV shows were originally produced in our home office but by the end of the second episode, we partnered with a professional team and moved production to our friends at VC Studios,” a spokesperson said.
“The show quickly evolved into a variety style program which included interactive games, music and a lineup of special guests.
“We were honoured to have served thousands of homes with a beacon of hope, specially while the lockdowns were fully enforced. Before we knew it, our weekly two-hour show had become a hit sensation.
“We know a lot of our colleagues and peers are doing it tough in the music industry. But as the saying goes ‘tough times never last, but tough people do’.”
Salsa Kingz have no shows scheduled for the remainder of the year and are now taking a much needed break.
If you missed their Live TV shows, catch up at salsakingz.com.au.