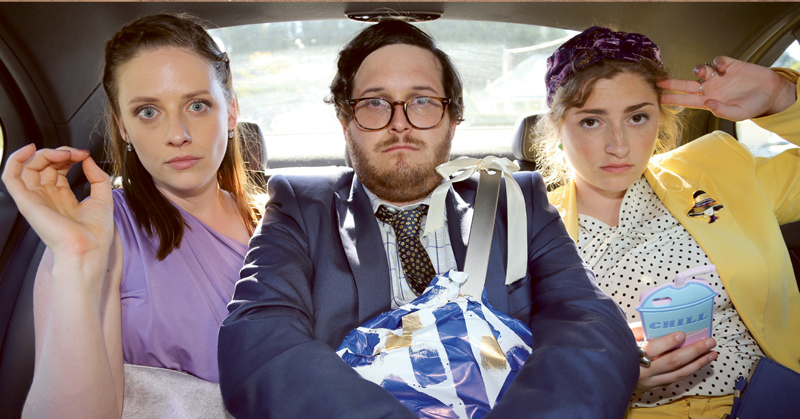 A FILM-MAKER and an actor from Marrickville have scooped the pool of awards at Australia’s own international pocket film fest.

Following a sell-out weekend of screenings, masterclasses and networking events, the 5th Annual Smartfone Flick Fest (SF3) reached its nail-biting climax with a glittering awards ceremony at Event Cinemas, Sydney.
Taking out the top awards was ‘Sad Sachs’ by Marrickville film-maker Joel Perlgut which won Best Film and Best Screenplay, along with Marrickville’s Stephanie King picking up Best Actress.
The film also won Best Actor (Jared Jekyll), and runner-up Best Cinematographer (Jack MacAvoy).
The hilarious movie is a black comedy about a loving (if bickering) family, a country-wedding and a neo-Nazi…
They received a bundle of booty from a pool of more than $40,000 worth of prizes.
Thrilled with his efforts, Joel said: “It’s amazing to win Best Film at SF3 and be part of a festival that celebrates truly independent productions. It was really spectacular to see so many iPhone films on the big screen – Soderbergh, watch out.”
Stephanie said: “I’m so chuffed to win this award, and quite surprised to be honest, as there were some really incredible performances! I had such a great experience working with the Sad Sachs team, and am delighted to see the film recognised through all these awards.”
All the details including more info and video trailer at sf3.com.au.