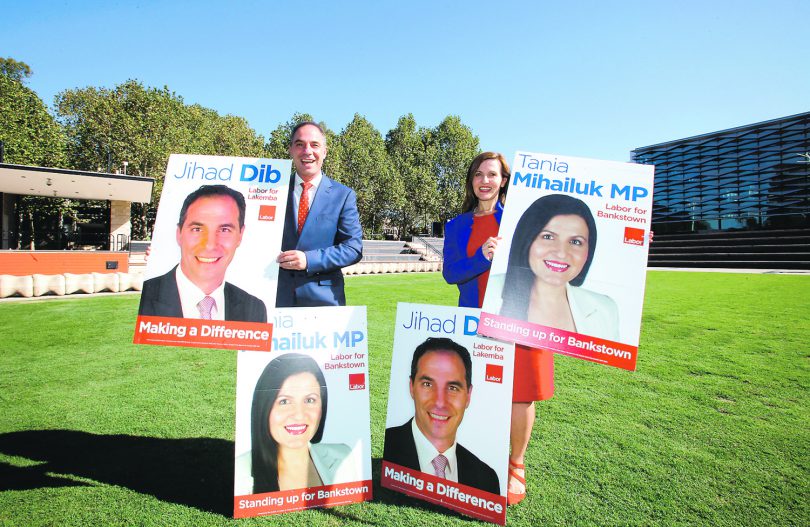 COUNTING is continuing but Premier Gladys Berejiklian’s Coalition Government will hold onto its parliamentary majority by the slimmest of margins.

However, Labor’s sitting MPs for Bankstown, Canterbury and Lakemba, are each on track to win back their respective seats.

Canterbury’s Sophie Cotsis, who succeeded the now Federal MP for Barton Linda Burney at a November 2016 by-election, looks set to be returned too.

Her win come comes in spite of both Liberal candidate Matt Harrison and Greens candidate and Canterbury Bankstown councillor Linda Eisler picking up minor swings in their favour.

Also surviving a minor swing against her and notching up her third win for Labor, sitting MP for Bankstown, Tania Mihailuk, said it was a “bittersweet victory” but promised to keep fighting for the local community.

“I am humbled and honoured to represent the community I love for another four years, but disappointed that we weren’t able to form Government,” she said.

“I will also definitely hold this Government accountable for their many promises, including a new hospital, and to see that our region doesn’t bare the burnt of overdevelopment.”

In Lakemba, Jihad Dib has also survived another election, although the swing in his seat is about 1.5 per cent in his favour and he told the Torch he was humbled by the support he’d received.

“Ours is an amazing part of NSW and I am honoured to once again, advocate on behalf of all our citizens; for better public services and opportunities for our community,” he said.

“I am disappointed that we were not able to achieve Government but determined to ensure that our area is not ignored and election promises that were made, are fulfilled.”

After a disastrous final week of campaigning, Opposition Leader Michael Daley’s struggled to refocus after a poor showing in the leaders debate and the emergence of a video of him making comments about ‘Asians with PhDs’ forcing young people out of Sydney.

Statewide, Labor looks like taking just two seats from the Coalition sparking speculation about the security of Mr Daley’s leadership, a position he has held for just 134 days, following the resignation of former party leader Luke Foley in the wake of allegations he sexually harassed an ABC journalist.