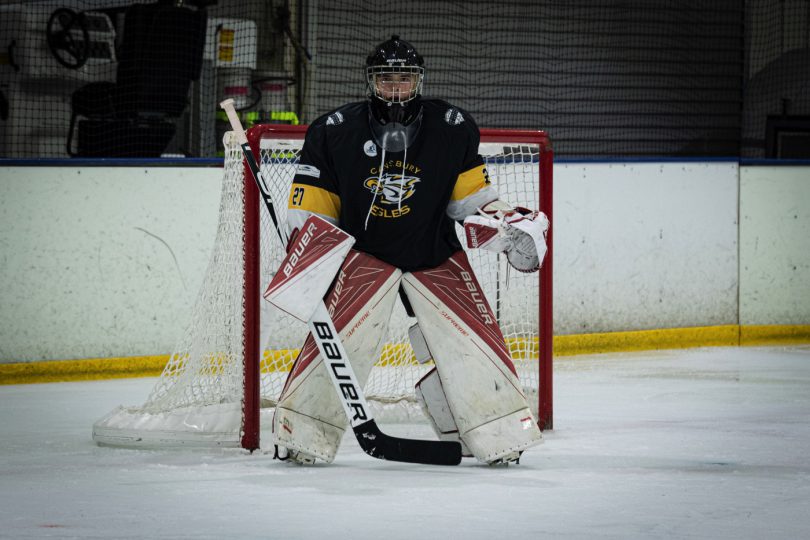 THE national winter sport of Canada, ice hockey is also growing in popularity in Australia with over 200 players registered with the Canterbury Ice Hockey Club (CIHC) and playing at Canterbury Ice Rink.

Tryouts are now underway for the upcoming season starting at the end of March, with skaters urged to book in for a session and give the sport a go.
CIHC secretary Danielle McGrath, herself a three-time figure-skating Olympian who competed with her brother Stephen Carr, doesn’t play ice hockey herself but loves watching the sport.
“My boys both play ice hockey and that’s how I fell into this role as secretary,” she said.
“They love the game and it’s easy to see why; it’s just so exciting and fast-moving, there is never a dull moment.
“If your child can skate, now is the time give them a taste of ice hockey.
“They could be the next great sensation. After all, one of our ice hockey players Nathan Walker, 27, who has been training at Canterbury during Covid and the off-season, is the first Australian player to make it in the NHL in the USA. He started with Washington Capitals and now plays for St Louis Blues.”
Danielle hopes the ice rink will be included in the council’s leisure and aquatic upgrade master plan since it is such a popular destination for the many enthusiasts who use it every week.
“The rink is busy from 5.30am to 11.30pm most days,” she said.
“Ice sports are exhilarating to play and watch and now they’re starting to boom.”
For more info, visit cihc.org.au.