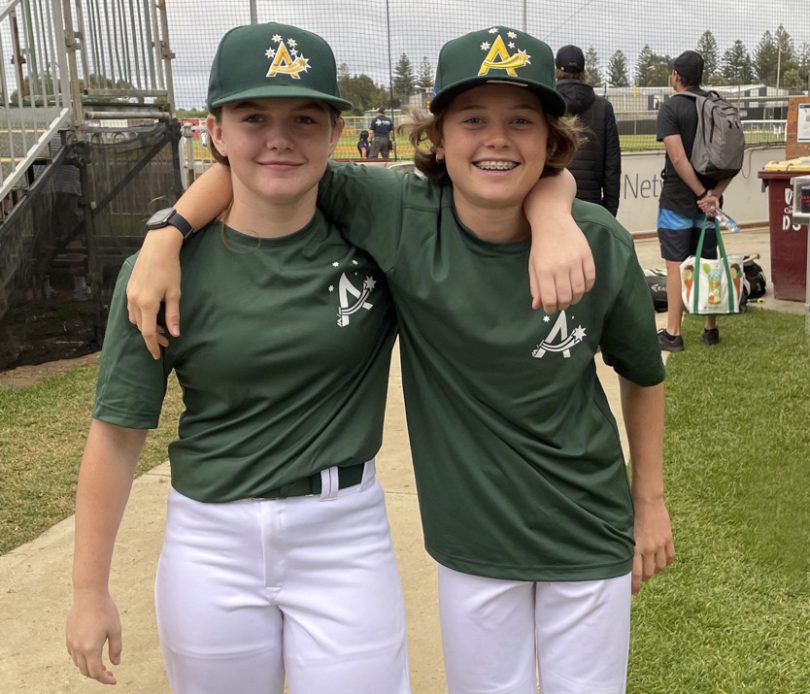 TWO East Hills Baseball stars Chelsea Wicks and Ryleigh Delacour-Batch were among 37 of the country’s most outstanding females selected for the 2022 Australian Youth Women’s Baseball Invitational in Adelaide.

With only nine of the 37 selected from NSW, the 13-year-olds who have been playing for six and seven years respectively, said they were thrilled to take part and hoped it would give them an edge ahead of the summer season.
The invitational was modelled on an Emeralds’ training camp, starting each day with specific skill workshop before modified game play to put what they learned into practice.
“The camp covered catching, batting, fielding fundamentals, infield and outfield drills,” Ryleigh said.
“We are practising the new drills and memorising the plays we were taught.”
Chelsea said they couldn’t wait for the club season to start and hoped to go as far as possible in baseball.
“Playing for Australia one day would be a dream come true,” she said.
Baseball Australia’s Emeralds Manager and Baseball NSW Coach, Jason Pospishil, said the conduct of the players was very professional.
“It was a great opportunity to identify players that are Emeralds of the future and add them to our follow list,” he said.
“The goal is to see these players go on to represent their State at future Australian Women Baseball Championships.”