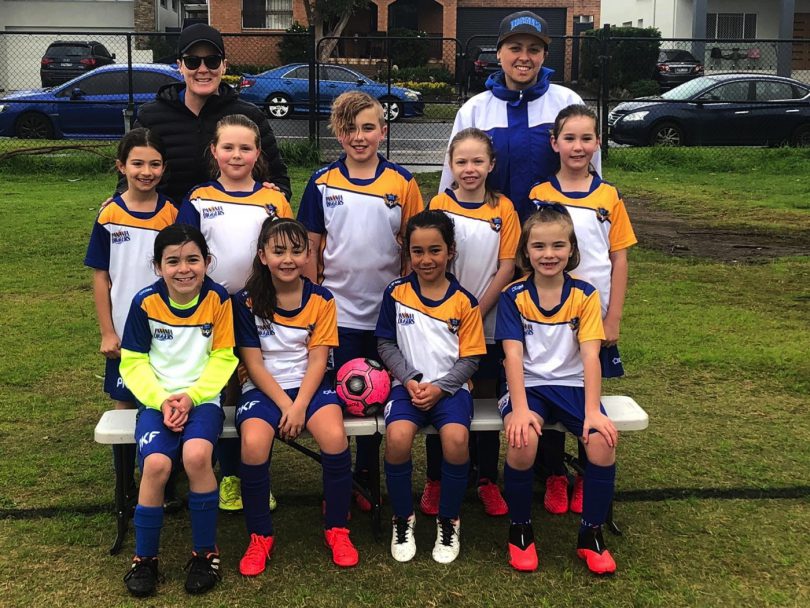 WHEN Sue Curtis took over the role of Panania Diggers coach for young girls, including daughters Gracie and Hazel, she trained them in the hope that the Bankstown District Amateur Football Association (BDAFA) would one day introduce a competition just for them – instead of them having to play in mixed teams with their young male counterparts.

Last weekend, Curtis’ wish came true with the start of the competition solely for eight and nine-year-old girls after the BDAFA advertised among its clubs which were able to register six teams between them.
There are now also registered girls teams in the U6/7 and U11.
After a strong win in the first match, Curtis said it appeared all of the hards yards put into the team over the last three years and all of the practice with the boys, had certainly paid off.
“On Saturday, we booted up for a home ground game, walking away with a 12-0 win,” she said.
“The girls were just so thrilled to be playing in their own competition against just girls.
“Winning the bid to host the 2023 FIFA Women’s World Cup has come just at the right time and I’m sure will see a massive boost in female participation too.”
Curtis, the club’s new female football co ordinator, along with senior womens player Sandra De Jesus, says this is the start of a new era for female footballers, not just in Canterbury Bankstown, but for the whole of the nation.
“We’ve got an amazing group of girls and parents this year. The core of this group has persevered for three years to get to this point and I’m extremely proud and excited to see what the future holds for them.,” she added.
To get your child involved or for more info, email female.football@pananiarslsoccer.com.