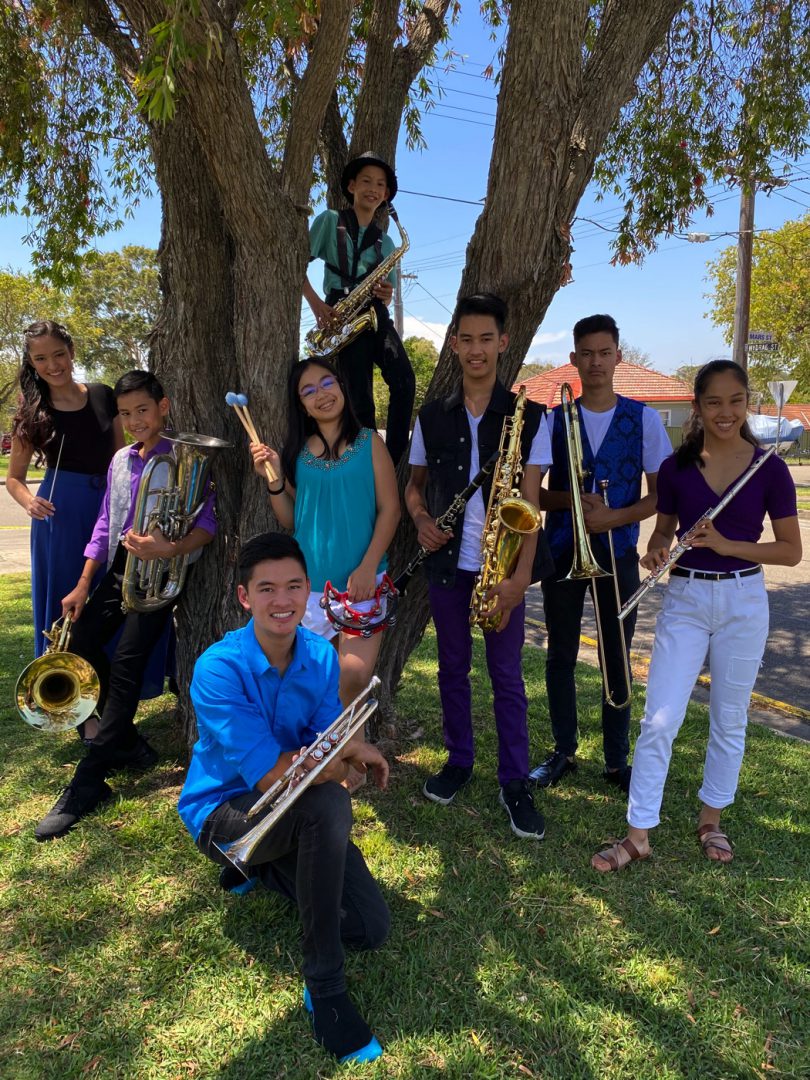 IT’S not easy when you’re a family of talented musicians and there are still limited performance venue options, so that’s when the Wu family in Revesby decided to take matters into their own hands.

Previously performing in the South Pacific Concert Band, they have now formed a band, ‘Just Breve’, and staged their first concert, ‘Movie Favourites’, in the front yard of their Hydrae Street home and thrilled dozens of neighbours whom they invited along via a local letter-drop.
Mum Sharon said they had a lot of fun and will be offering other concerts during December in the lead up to Christmas.
“We usually do a performance on Christmas Day at the Holy Spirit nursing home at the end of this street and are looking forward to that again this year,” she said.
Headed by daughter, Mikaela, 22, who has a degree in music, plays flute and is studying for her Masters in Conducting, the band comprises Dad Ben on electric guitar, Jayden, 20, an apprentice plumber who plays trumpet, Zachary, 18, a nurse who plays trombone, Calvin, 16, on clarinet, Keon, 12, on melohorn, and Elisha, 10, on alto sax.
The band also comprises their cousins Talia, 15, on flute and Shannae, 13, on percussion as well as friend Ben Karanakis on drums.
Sharon said that although they have their preferred instrument, the children all play a range of instruments as does she herself.
“I don’t perform in the band at the moment, though, I’m busy enough with organising my six children and ferrying them to their different activities,” she said.
“We really appreciated the neighbourhood support and will soon be incorporating singing; performing in our front yard is a fantastic way to get them playing all together again which they love.”
Stay tuned for Just Breve’s upcoming performances on facebook with the next ‘Lawn Concert’ on Sunday, December 20, from 3pm.