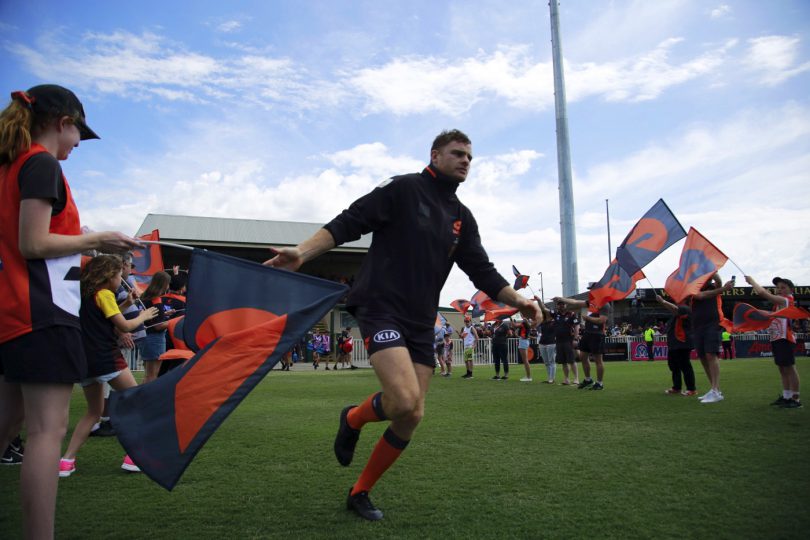 VETERAN Giants defender Heath Shaw (pictured) will be farewelled in style at the Kevin Sheedy Medal presentation and awards night later this month.

Shaw was signed by the Giants at a time when they were crying out for experience and had a “profound impact from the day he walked in the doors” but the time has come for him to “make way for the next generation”, says the club management.After playing 173 games for Collingwood, Shaw took his game to the next level when he joined the Giants in 2013, playing 152 matches which included All Australian honours in 2015 and 2016 and the Kevin Sheedy Medal in 2015.
The Giants will pay tribute to veteran defender Heath Shaw at this month’s Kevin Sheedy Medal presentation.
At the age of 34 and with 325 games behind him, the veteran defender has not been offered a new contract for the 2021 season.
A humble Shaw said: “If you’d told me 10 years ago that I’d be a life member, a club champion, two-time All Australian and playing in a grand final at a club that didn’t exist a decade ago, I would have taken a leaf out of Darryl Kerrigan’s book and said ‘tell ‘em they’re dreaming’.”
“I don’t think an interview has gone past where I haven’t said how thankful I am to this club for a second chance, or told everyone how really special and unique this club is,” he said.
“I’m a competitive beast so I held onto the thought of another year with the Giants to try get us back to where we should be, but sometimes the decision is taken out of your hands which makes it easy.”
Giants Chief Executive David Matthews said the trade to bring Heath Shaw to the club at the end of 2013, had proven to be one of the most significant decisions in the club’s history.
“Heath has gone on to become a life member and much-loved part of the Giants,” he said.
“Heath came to the club at a time that we were crying out for experience and he has had a profound impact on our club since the day he walked in the doors.
“Not only has he delivered consistently on field, he has supported our AFLW team in their early years and has been integral in growing our club and the game more broadly with his personality and humour a favourite of AFL fans right across the country.”