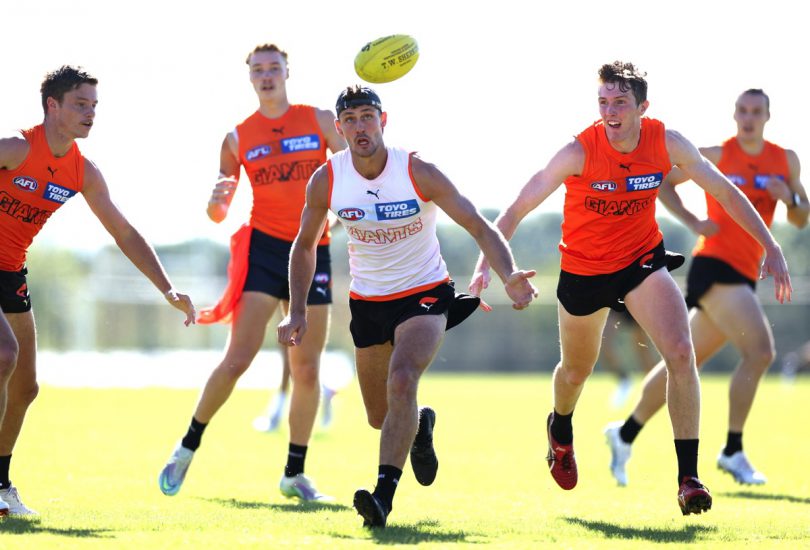 GWS Giants have gone down to the Geelong Cats by 53 points in Canberra.
Former Giant Jeremy Cameron kicked three goals by quarter-time against the Giants and finished with five, helping the Cats lead from start to finish and win 12.15 (88) to 4.11 (35) at Manuka Oval on Saturday evening.
Giants’ Jesse Hogan and Toby Greene pulled goals back to stay within 13 points of the lead at quarter-time.
Greene made it two in a row via a high-flying mark inside 50 as the Giants strengthened around the ground before they would be carved up.
Accuracy in front of goal certainly didn’t help the Giants as they finished with 4.11.
Isaac Cumming was best for the Giants, having found 29 disposals and 12 rebound 50s, with 25 of his possessions kicks.
The loss leaves the Giants with just two wins from the opening eight rounds and facing an uphill battle to feature in the finals.
“We were boring at times,” Giants coach Leon Cameron said.
“It was a really flat, really flat performance … we couldn’t get that run that we had last week, we couldn’t get that flow.”
The Giants will host Carlton at Giants Stadium on Sunday at 3.20pm.