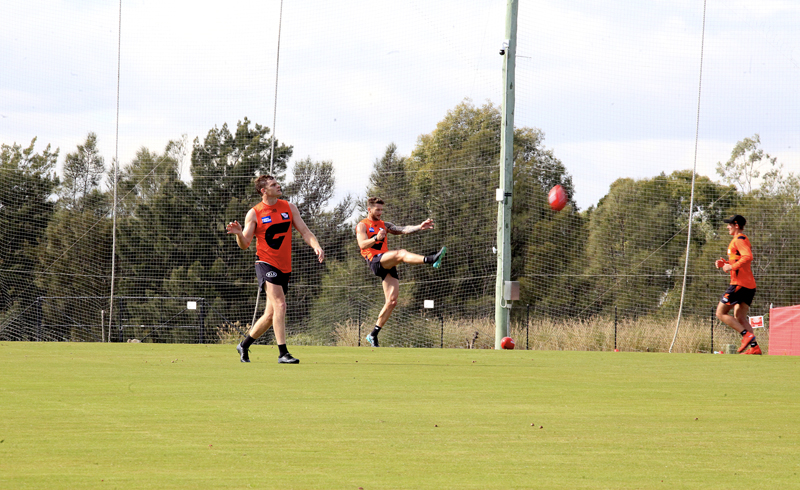 STILL hungry for their first premiership flag, the Giants were back in training at their home ground in Sydney Olympic Park last week.
Shaking off the loss to Richmond in last year’s grand final, Giants players trained in groups of seven or eight at Tom Wills Oval as they joined other clubs to prepare for the resumption of the AFL season on June 11.
Veteran defender Heath Shaw says he is expecting to take a more hands-on approach off the field to help deal with the loss of staff due to the coronavirus fallout.

“Cutting back on staff is something that all clubs have had to do, but it just means other people will have to pick up the slack,” Shaw said.
“I know as an older statesman and one of the more experienced players, that a few of the older guys are going to have to help in terms of that leadership and it might be in coaching as well.
“It’s been thrust upon us but you have to roll with the punches and I think everyone’s embracing it.”
The 34-year-old began the 2020 season thinking that it would be his last year in the AFL but admits the shortened season could see that change.
“You do lose track of the bigger picture because it’s so far down the track,” he said.
“We just wanted to get back to training and get ready for round two and from there it’s business as usual for us.
“There is a premiership up for grabs and we’ve understood that from day one of pre-season back in December, and definitely for a guy who’s a little bit older than everyone else and getting so close last year, that’s in the back of my mind.”