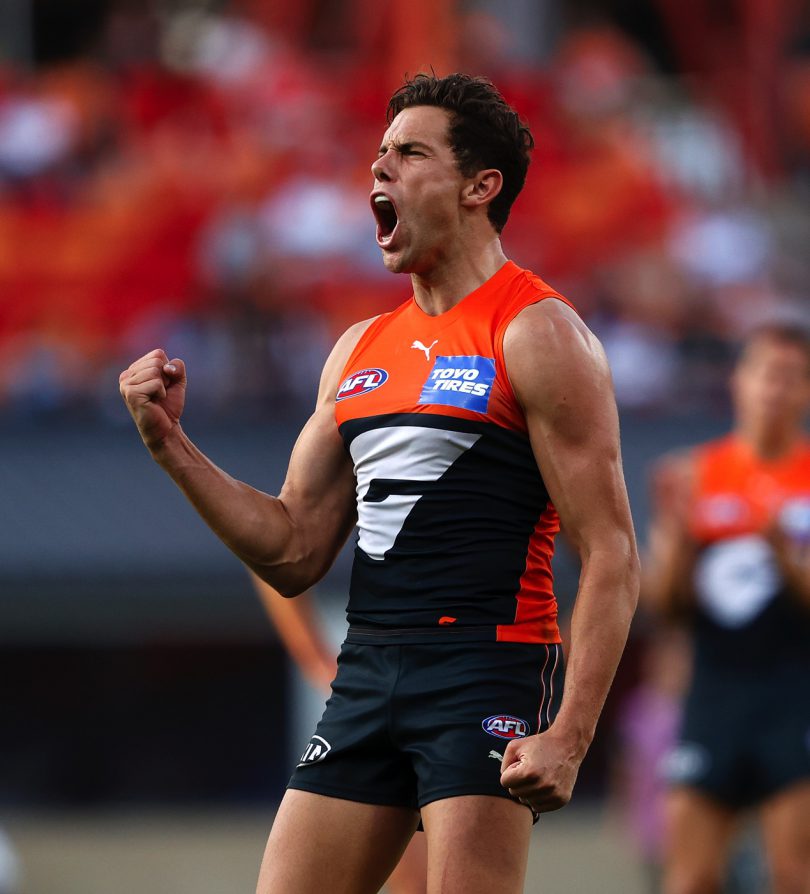 In a tight, top three finish, Kelly was tied with Toby Greene coming into the final two matches of the season before polling 17 votes across the finals series to add a second Sheedy Medal to his 2017 victory.
Kelly, who signed an eight-year contract earlier this year to make him a Giant for life, finished on 159 votes for the night with Greene finishing 10 votes behind and Jacob Hopper rounding out the top three.
He polled in every one of the 23 games he played across the 2021 AFL season including a maximum of 16 votes in a best-on-ground performance in round 13 against North Melbourne.
Coach Leon Cameron paid tribute to the top three place getters.
“I congratulate Josh on a well-deserved second Club Champion victory,” Cameron said.
“By his own admission, Josh came into this season wanting to take his game to another level. I think we saw the results of a big summer of hard work as he stepped up with consistent quality performances across a variety of positions.
“His willingness to play whatever role was required of him, along with his leadership in the absence of Stephen Coniglio and at times Toby Greene, was on full display across 2021. He should be very proud of his season.
“I’d also like to recognise Jacob’s third-place finish. There’s no doubt he’s had a career-best season and thoroughly deserves this recognition, along with his inclusion in the 2021 All Australian squad.”
Greene was the club’s Leading Goalkicker, with 45 goals in 18 games, as well as taking home Mark of the Year for his high-flying effort in round one and Goal of the Year for his remarkable after-the-siren torpedo against the Blues in round 14.