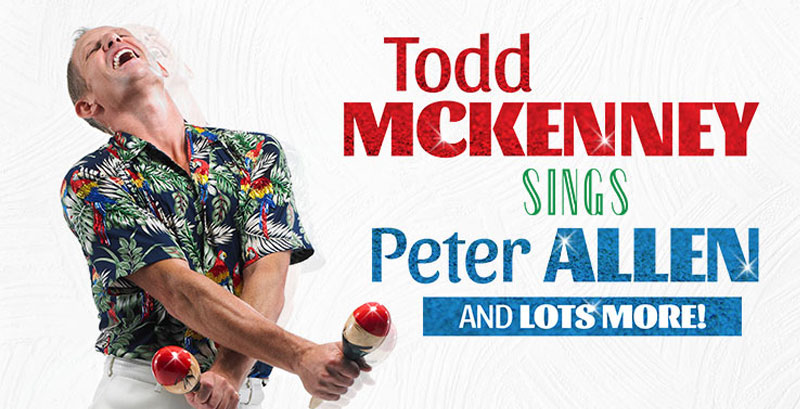 FRESH from his hugely successful role as a judge on Dancing With the Stars, one of Australia’s most versatile performers, Todd McKenney, is back on stage with a new show ‘Todd Sings Peter Allen And Lots More’ and is heading to Bankstown in August.

It’s guaranteed to give you plenty of laughs, along with all the great hits from Peter Allen and songs from Todd’s all-time favourite performers including Bette Midler, Tom Jones, Barry Manilow and more.
With Todd’s incredible ability to engage the audience, and his huge catalogue of vintage hits to draw from, this is a night of fabulously fun nostalgia perfect to get people back into the theatre groove after our long hiatus.
Every show with Todd offers fresh joy in the form of personal anecdotes, chats with the audience, and the power of his band helping bring the magic of live music to glittering life.
Looking forward to getting back to Bankstown, he said it’s always a big, jovial crowd who love nothing better than to ask questions at the end, such as whether he enjoys being a judge on Dancing with the Stars or what Sonia Kruger is really like.
“It always makes me laugh and I feel so happy playing to such a relaxed and honest crowd,” he said.
With a huge repertoire of songs, thanks to his longtime band, Todd says each show is fresh but he likes to ensure the audience knows every song.
“There’s even a Michael Jackson disco number and a gospel version of Helen Reddy’s ‘Delta Dawn’ and quite a few others that I haven’t performed in Bankstown before; everyone can get set for a fun night and a wonderful trip down memory lane.”
You can catch all the fun at Bankstown Sports on Friday, August 27.
Tickets: toddmckenney.com.au.