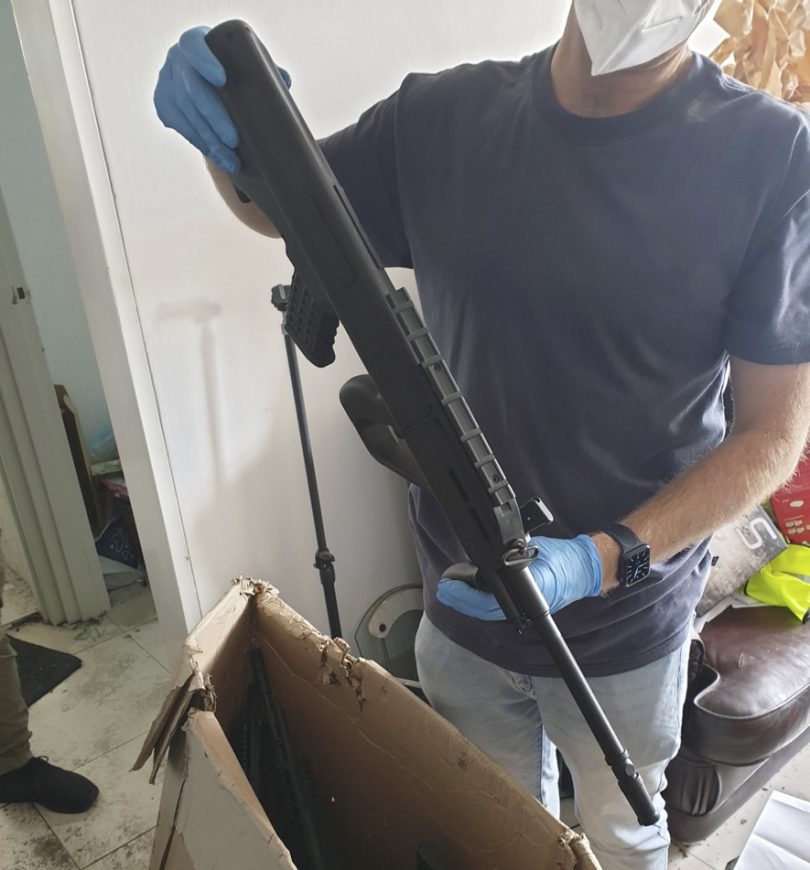 REPLICA firearms and parts, including 53 gel blasters, have been allegedly seized from a Guildford unit and police have warned that anyone caught with one in their possession could face serious charges.

After beginning an investigation into the supply of replica firearms, parts and gel-blasters in the Cumberland area earlier this month, detectives raided the unit on Station Street about 7.45am last Wednesday and allegedly seized a number of items, including gel-blasters, replica firearm parts and electronic devices. Those items will undergo further forensic examination.
An 18-year-old man arrested at the unit, was charged with unauthorised possession of firearms in aggravated circumstances, possess unauthorised prohibited firearm, and possess unauthorised firearm.
Firearms Registry Commander, Superintendent Cameron Lindsay, says it is an offence to buy a gel blaster from a wholesaler, retailer or an individual seller from another State and have it sent into NSW.
“Despite the fact that gel blasters are prohibited in NSW, we continue to see them being bought, sold and used across the State,” Supt Lindsay said.
“At the moment, we are working closely with Queensland Police, where the laws differ from ours, to stop gel blasters from entering NSW.
“I want to remind the people of NSW that the penalties are high for possessing one of these items and, as we have seen with this arrest, you could face serious charges.”