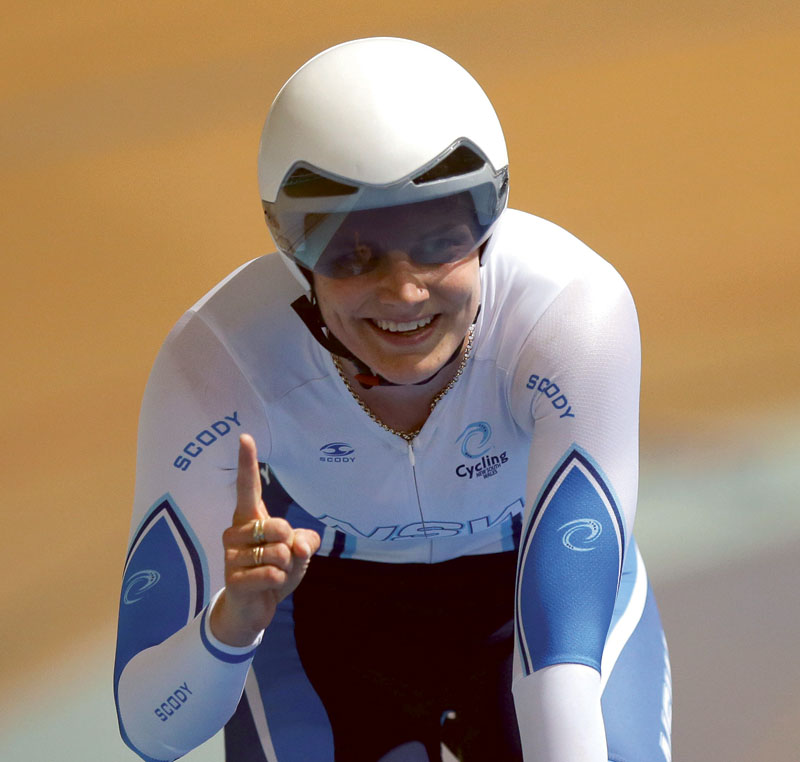 MENAI’S Ashlee Ankudinoff is one of three finalists for the title of Elite Track Female at the 2019 Cyclist of the Year Awards which will be held in Brisbane on Monday, December 16.

The 29-year-old is up for the award along with cyclists Kaarle McCulloch and Alexandra Manly.
Earlier this year, Ankudinoff picked up dual titles at the Track World Championships in Poland, firstly joining with South Australian cyclist Annette Edmondson and Tasmania’s Amy Cure and Georgia Baker to win the team pursuit, before going on to claim the women’s individual pursuit crown.
During her cycling career to date, she has won seven national titles on the track, four in the omnium, two in the individual pursuit and one in the points race and is Australia’s only female rider to have claimed four world titles in endurance events on the track.
Her focus now is on securing a second Australian Olympic Team selection as she prepares to line up at the 2019-2020 Tissot UCI Track Cycling World Cup in Brisbane on December 6-8.
“It’s going to be a bit of a thrill, we haven’t had a Track World Cup at home for a long time, so to do it in the rainbows and in front of family and friends is going to be something pretty special,” she said.