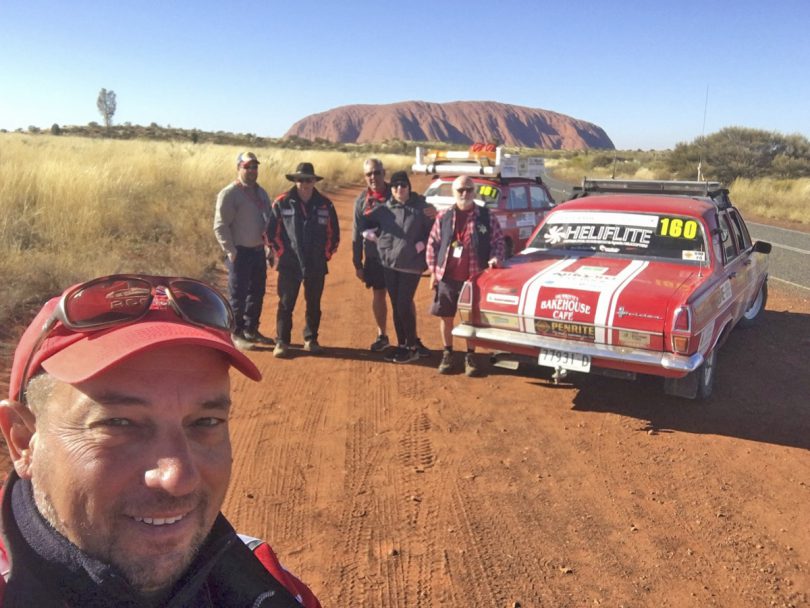 FOR the 14th year Greenacre’s Anthony Messina is sprucing up his 1966 HR Holden and giving her mechanics the once over in the lead-up to Variety Brydens Lawyers B to B Bash which gets underway this Sunday, August 7-16.

This year’s Bash takes place from the new Sydney Zoo at Bungaribbe to Baker’s Creek near Mackay, Queensland, spanning 4,465km.
Called Team Sheriff, Anthony usually completes the trips with father-in-law Ken Atkins or wife Tamie along with a second car containing two other occupants.
Over the years, they have raised close to $1.4 million to help sick children but Anthony says they have no plans to stop going on this iconic journey as well as the 4WD Adventure Bash which will take place from March 26-31 in 2023.
“I got involved through a mate and became hooked as there’s nothing like driving around the outback with a couple of hundred others, exploring dirt roads, bush tracks and visiting parts of Australia most people never get to see,” he said.
This year is a little more luxurious as there are no roadhouses to camp at so Anthony has booked motel accomodation along the way for his party.
“The Bashers meet at a checkpoint for meals usually in community centres or schools which provide the catering paid for by Variety,” he said.
For those keen to extend their trip, an optional mini bash is included where instead of heading home during an extra four days, you can travel from Mackay to Sea World on the Gold Coast.
The Variety NSW Bash – from Dubbo to Newcastle via regional towns – takes place from May 21 to 27 in 2023.
To find out more, make a donation or become a Basher, go to variety.org.au.