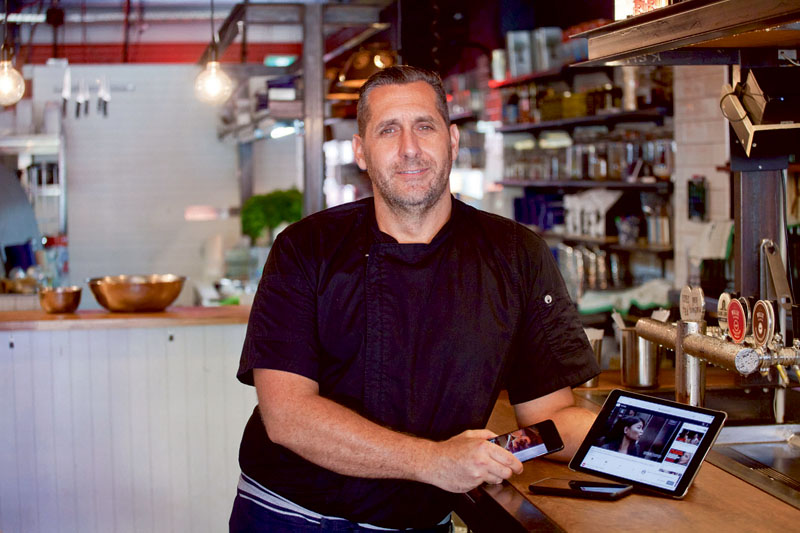 FIESTY Canterbury restaurateur Attila Yilmaz makes no apologies for being back in the news again and not just for his award-winning food.

Already hitting the headlines for banning iPads in his Middle Eastern restaurant Pazar, now a facebook response he sent regarding a customer’s dietary requests, has gone viral with emails from the USA supporting him.
The diner had planned to book a table with eight friends, asking if they could be exempt from the set menu price as some may only drink.
When Mr Yilmaz responded that the restaurant’s liquor licence only covered them for ‘dining customers’, the person responded: “I think we will go elsewhere unless you can provide a lean steak and sweet potato with leaf and sheep’s milk feta or goat’s cheese salad and charge appropriately, not a $68 feast price. I have an intolerance to just about every item on your menu.”
Mr Yilmaz responded: “Apologies, just so I’m clear on this, you want to come to our restaurant … create your own menu and want us to cook that for you at a price you determine is fair?”
When the customer called out Mr Yilmaz for “sarcasm”, he said: “If you were going to a concert and you didn’t like the band or their songs, are sensitive to offensive language and had intolerance to loud noise, would you ask them to tone it down and edit their playlist so it is more to your taste?”
Mr Yilmaz says he is alway very flexible with dietary needs but the culture that ‘the customer is always right’ has got to stop.
“We, of course, are happy to serve the public but are not their slaves; that said, we have a hugely loyal customer base,” he said.
“We are more flexible than most but this was not really about dietary requirements, it was more about price.”