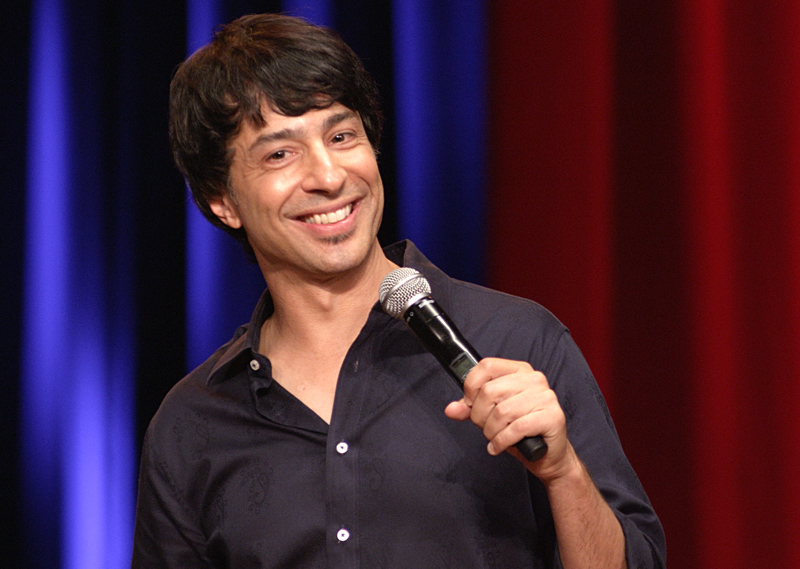 LAUGHTER will fill the room when popular comedian and social commentator Arj Barker brings his newest show to Canterbury League Club this Thursday.

Referred to as Australia’s adopted son of comedy, Arj’s new show, titled ‘We Need To Talk’, touches on a range of topics including life as a married man, technology, millennials, ambition, parenthood, and, of course, being a comedian.
“I got the ideas for this show from looking around me, and seeing how the world is changing so fast, as technology increases exponentially, right in front of my very eyes. And from being married,” said Arj, who tied the knot in 2017.
“At the risk of sounding immodest, I would say that audiences are going to see and hear a show that’s going to knock their goddamn socks off – in a fun way.”
Arj has been sharpening his comedic chops in shows around the world and as a frequent performer at Melbourne’s Comedy Festivals for over 25 years can now confidently say he doesn’t get stage fright anymore.
“Nowadays it’s more of an excited feeling, which makes me want to get up there as quickly as possible or like an itch I need to scratch,” he said.
“I think in the early years that energy would have felt like fear, but these days I see it as something positive.
“The hardest part is coming up with new material, over and over. That’s why when I do have an exceptionally solid show like this one, I want everyone to get along and see it.
“I can’t put my finger on why, but deep down, I just know this is going to be the show to end all.”
The show starts at 7.30pm. Tickets cost $45 and are available at canterbury.com.au.