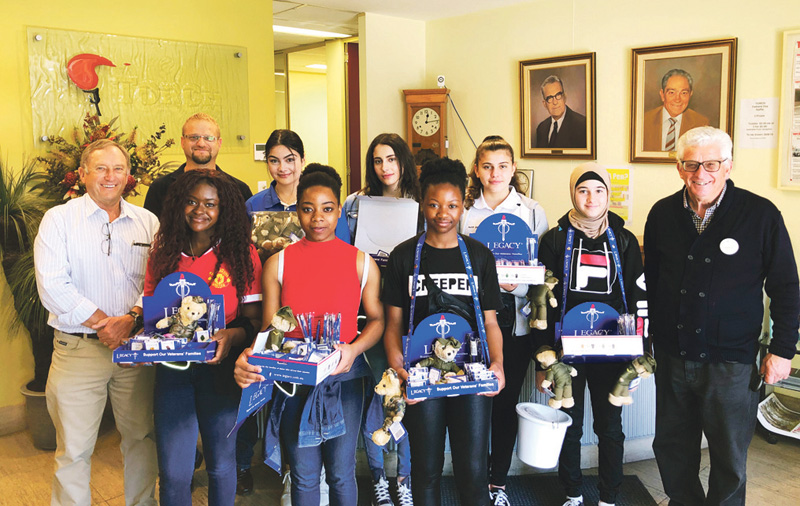 LEGACY volunteers, like these students from Bankstown Girls’ High who visited the Torch office, were out in force last Friday selling wrist bands, pens, badges, bears and other merchandise to raise funds for the iconic charity.

Legacy grew out of the ashes of the Great War and almost a century later, still supports around 90,000 families of defence personnel who have given their lives or their health for their country.
It provides services to families suffering financially and socially after the incapacitation or death of a spouse or parent, during or after their defence force service.