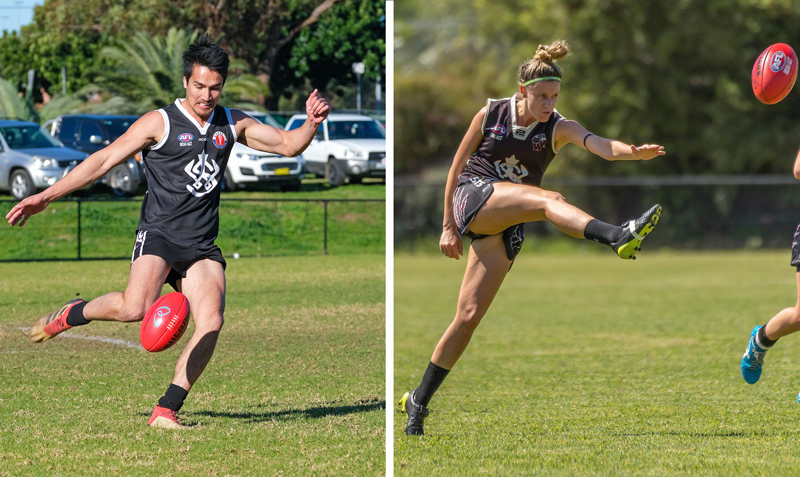 MUCH improved, the Inner West Magpies have had a great year on and off the field.

On field highlights were the U19s winning the Grand Final, the Masters making the Grand Final and the men’s premier division finishing sixth – as well as the women’s premier division team and men’s reserves being competitive throughout the season.
The key off field activity was the playing name change to Inner West Magpies following the merger of the Wests women’s and men’s clubs.
On presentation night, Melissa Freckelton topped off a fantastic year winning the Women’s best and fairest, while Tyler Blake won the Men’s B&F.
Ben Polley pipped Simon Stephens by one vote to take out the Men’s Reserves B&F. Arron Convery took out the Masters B&F & Ryan Miklich the Under 19s.
“Sincere thanks to the loyal 2019 sponsors – Canterbury-Hurlstone Park RSL, Abbott Locksmiths and Elders Inner West,” a spokesperson said. “In 2020, we’ll bring in new teams (Womens 2nd Grade and Mens 3rd Grade) and update the club’s constitution among many other activities.”
Pre season training commences on November 13 for five weeks at Picken Oval, 44 Hampton Street, Croydon Park, behind Magpies Sports at 6.15pm; everyone is welcome (for ages 16 and over men and women).