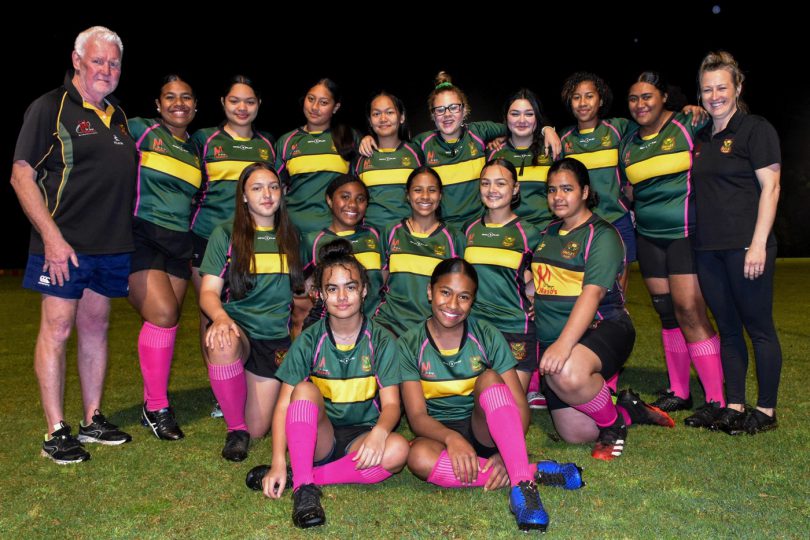 WITH plans to introduce more girls to Rugby Sevens as Australia prepares to defend its women’s title at the Olympic Games in Tokyo in 2021, a local club is offering a free four-week girls rugby clinic in the January school holidays.

With their home ground at Lugarno, Oatley Rugby Union Club is hoping to attract girls from Georges River and Bankstown.
Building to around 30 registered players this year, it is the club’s aim to more than double that in 2021 with these girls coming from all different sports including netball, rugby league, soccer, oztag, touch and even a snowboarder.
Although Girls Rugby Sevens is one of the fastest growing sports in Australia and is well entrenched on the world sporting stage, it has rarely attracted much attention here.
Club president Richard Rice said: “Girls rugby has been elevated to a key focus of our club’s junior development; we have recently appointed our head coach Ross Bernays to the newly created position of Director, Women’s Rugby, to lead the club in introducing girls to the game and establishing a development program.”
Ross was recently awarded Oatley’s Club Person of The Year for his tireless work in developing girls rugby and is about to release ‘Rugby Essentials’, a guide to introducing girls to rugby.
To register interest in attending the clinic, call Ross on 0408 625 633, email girls@oatleyrugby.com or visit the Oatley Girls Rugby Facebook page to learn more about the program.