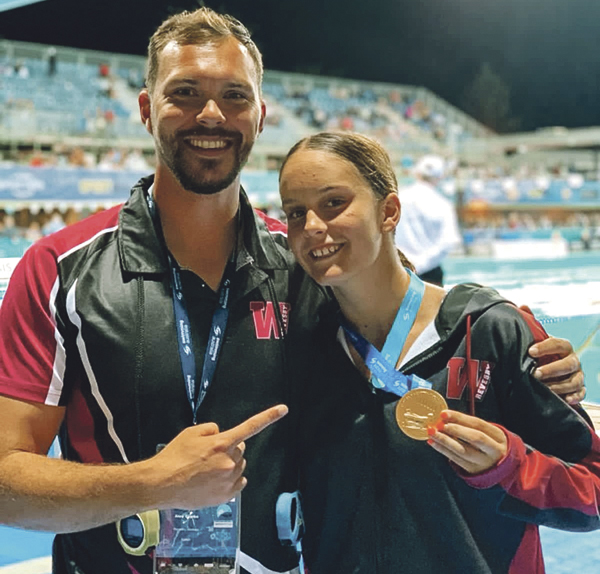 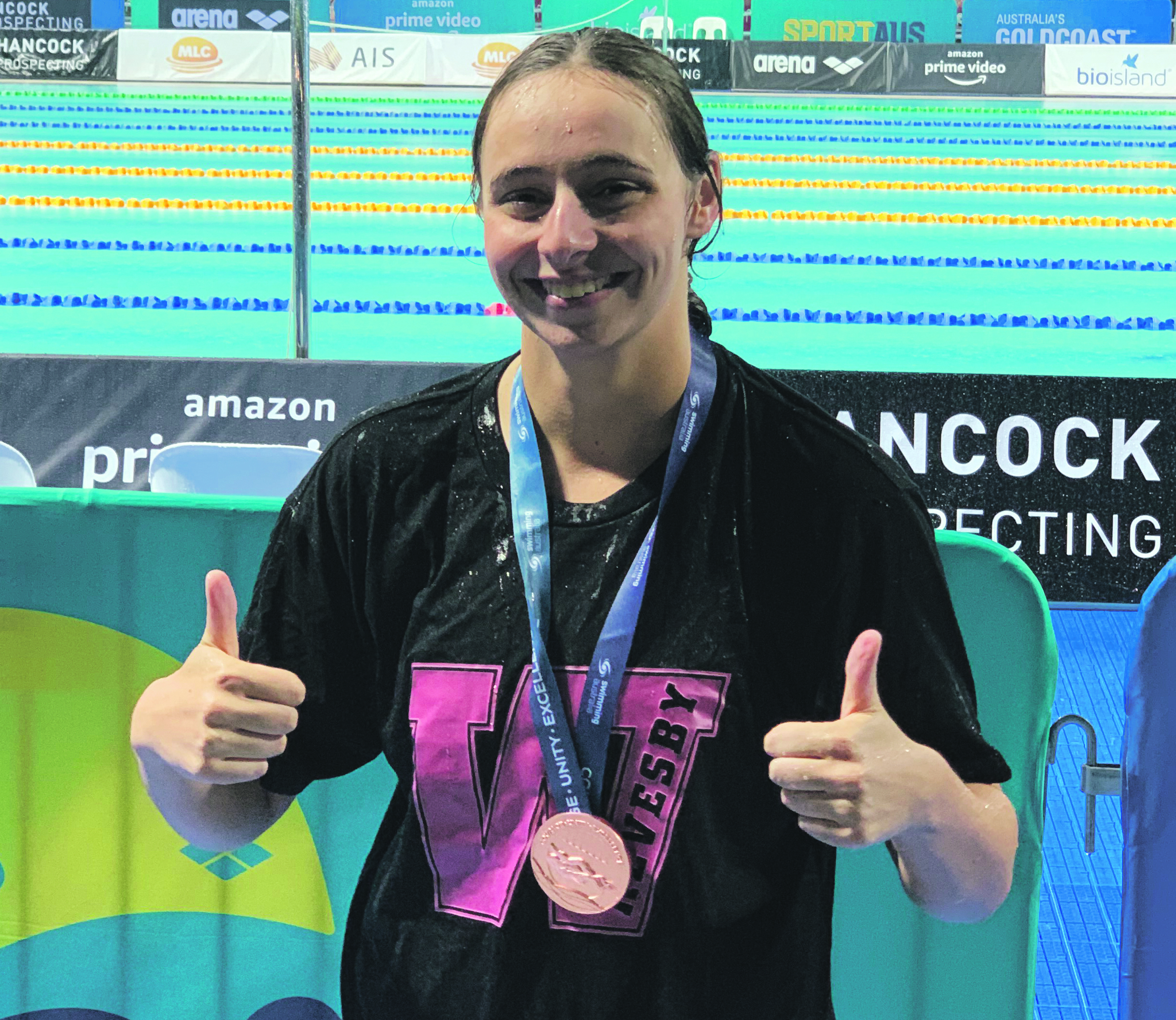 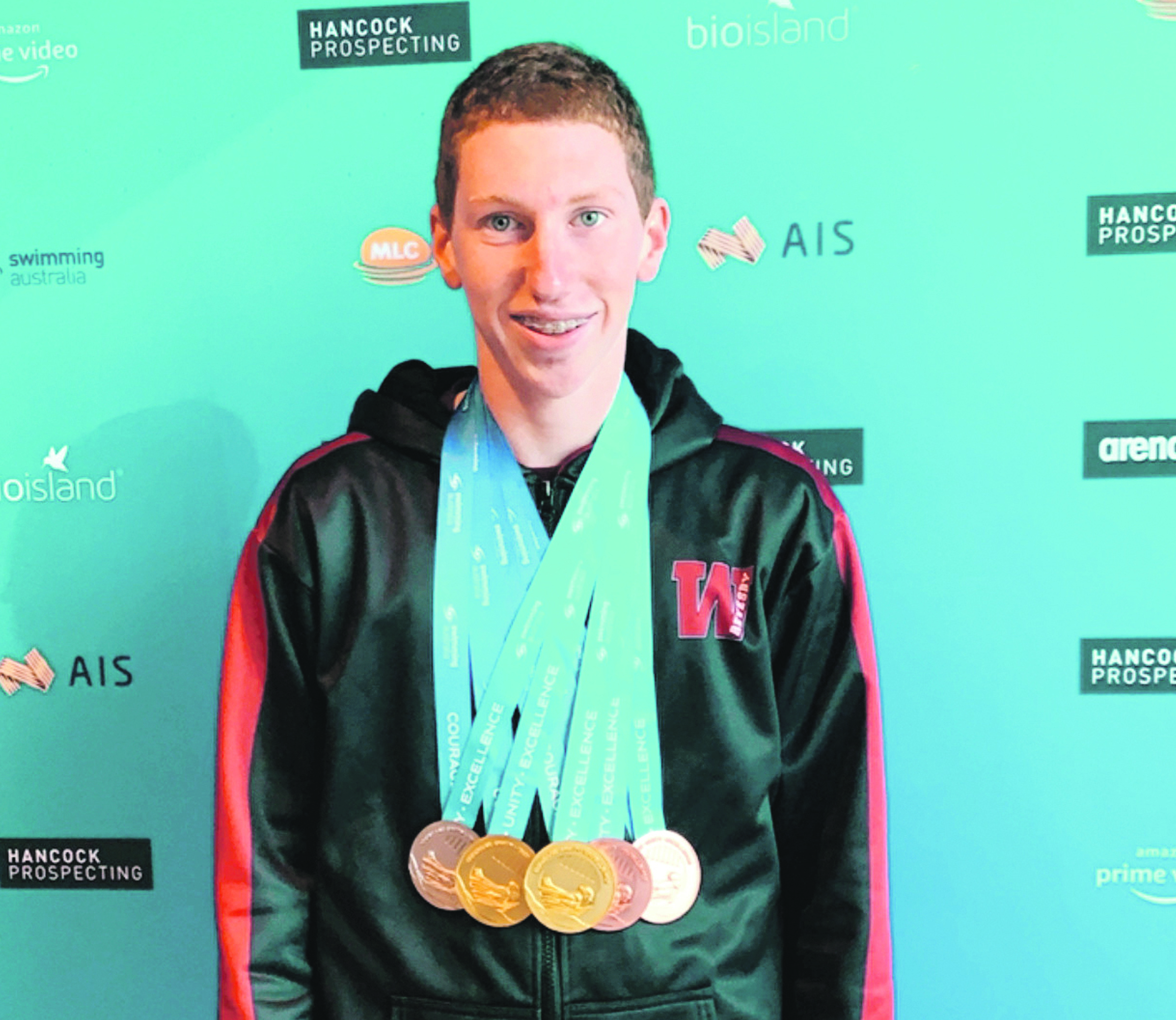 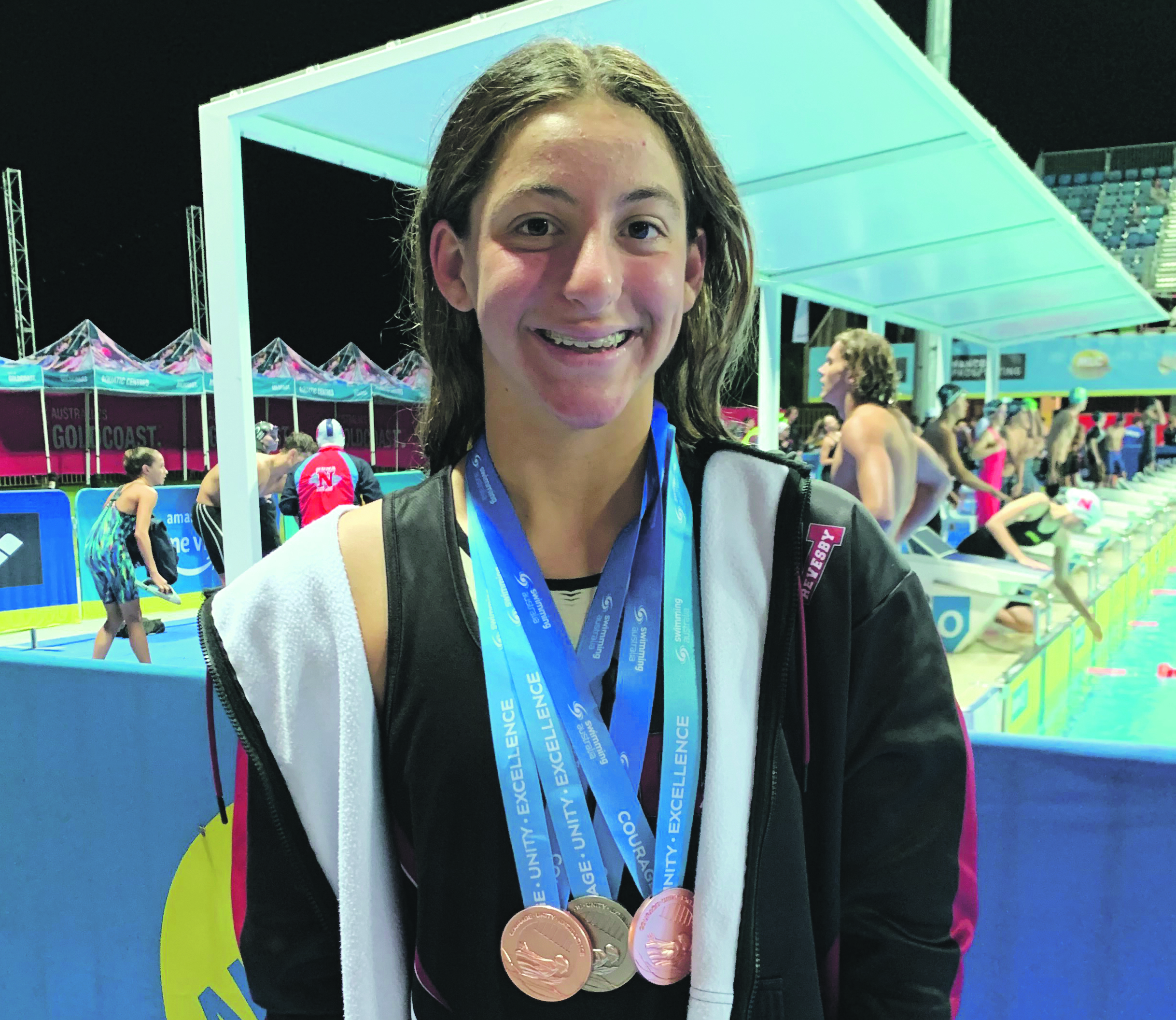 Setting up the swim coach business five years ago, named for his twin daughters Harper and Charlee and operating at Revesby, Roselands, Canterbury and Birrong pools, Alex says 2021 is proving to be his most successful coaching year yet.
“In the last five years, our students have won well over 100 state and about 60 national medals but this year we are really starting to get on the map,” he said.
“We have about 300 students and a passion for competitive swimming; it’s about having the right balance mentally and physically and we try to make it fun.”
After breaking a 35-year-old state record last year, Harlee Elite student Abbey Connor won two gold medals in the 5 and 7.5km races in the National Open Water Championships early last month.
In the Age Championships on the Gold Coast, she won gold in the 200m butterfly in the 15 years age group as well as silver in 100m butterfly, silver in 1500m freestyle, bronze in the 400m freestyle and bronze in the 200m freestyle.
“We also had Lachlan Hanratty who won gold in the 16 years 50m breastroke and 100m breastroke plus a silver and two bronze in the multi-class division for swimmers with a disability and Rafaela Kopellou, 13, who won three medals at her first nationals,” Alex said.
Also competing in the multi-class events against swimmers trialling for the Paralympics, Victoria Jessamine, 20, came away with a medal in the 50m butterfly event.
“Out of over 300 clubs competing in Queensland, we finished in the top 20 and that was after earning the most medals for a club at the Open Water Championships,” Alex said.
To find out more, go to harleeelite.com.