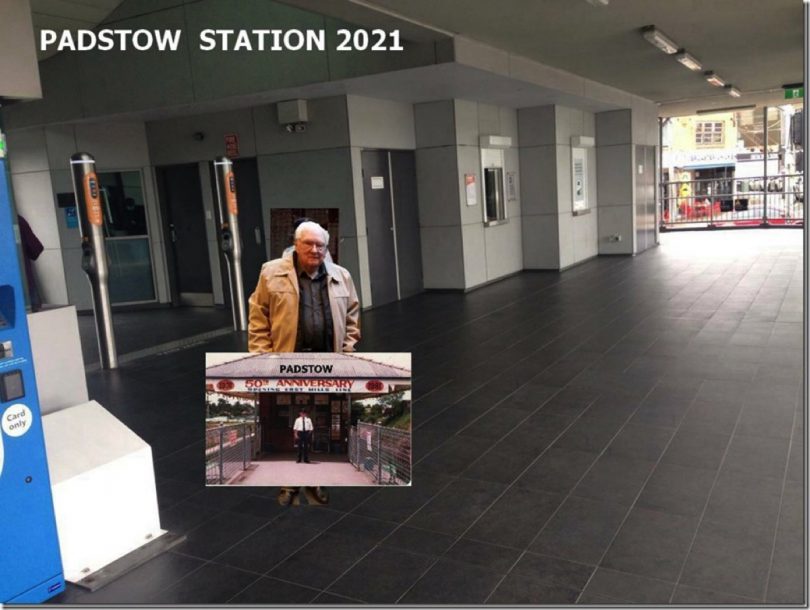 HE was only a toddler when Padstow Station opened in 1931 but Wal Browning was front and centre as Station Master when it marked its 50th anniversary and returned last month to help celebrate its 90th anniversary.

The 93-year-old says he remembers chatting to locals at the 50th anniversary, many of whom could recall when the first train rolled in.
“It was a different case in December at its 90th anniversary but I am lucky to have made a lot of friends during my time at the station,” he said.
“I worked 41 years in the railways and most of the final 15 years at Padstow; it helped that I could walk to work as I lived just an eight-minute stroll away.”
After retirement, Wal’s vision in his left eye deteriorated and after becoming legally blind, he joined Legally Blind Bowls after taking up the sport at age 30.
Featured on the Bankstown Sporting Hall of Fame for lawn bowls at the John Mackay Sports Centre, he holds the record for the ‘Oldest Outdoor Bowls IBD World Champion (Male)’ which Guinness World Records granted in 2008 when he was 79.
His work with Bankstown Bushland Society, South West Environmental and Padstow Park Progress Association along with other organisations, also saw him awarded an OAM in 2014 for community service.
“I’m a longtime member of Padstow Bowling Club and hope to return there once Covid settles down again,” he said.
“My doctor reckons I am the youngest 90-odd-year-old he’s got.”