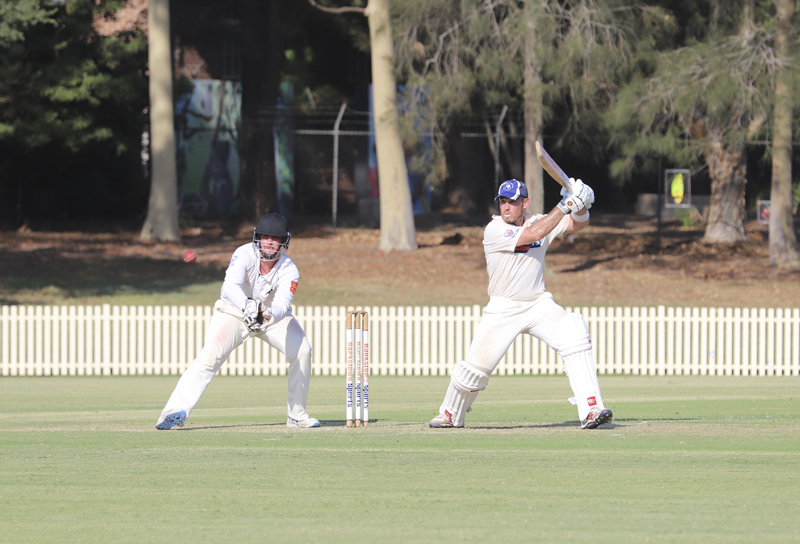 MITCHELL Hinds was Bankstown’s best with the bat, smashing 106 not out and giving the Bulldogs a strong start in the match against Penrith.

Hind’s vigil included 12 sizzling boundaries and a towering six making sure the Dion Bourne scoreboard kept racing along at Memorial Oval.
The Panthers wilted in the heat as the rampaging batsman struck with his vast array of spectacular shots.
Once again Nick Carruthers was in splendid form with a devastating 93. He ripped into the Panthers from the outset as his stellar season continued.
Carruthers is a great entertainer at the crease and brought the crowd to its feet with 10 brilliant boundaries; his knock taking just over three hours and the three towering sixes were spectacular.
Daniel Nicotra is certainly making a name for himself and is a fine young talent adding to the Panthers’ woes with a sparkling 59 in a formidable two-hour stay at the crease. Jarrad Lysaught was again among the run-getters with two sixes in his handy 29 not out.
Penrith will chase the total this Saturday.