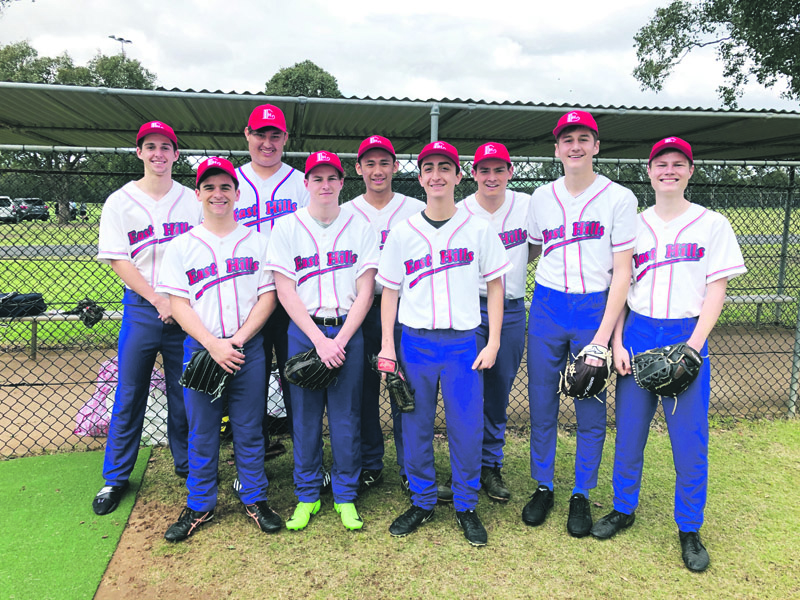 WITH the HSC exams looming, a group of De La Salle Revesby Year 12 students decided it would be fun to play a sport they had never played before or together in the final weeks of school.

Deciding on baseball, they contacted East Hills Baseball Club asking if it was too late to register a team for the summer.
Club vice-president Jill Archer said: “As we were three weeks into the competition we had to ensure that this team really wanted to play and they did.
“So on Sunday at East Hills Baseball Diamonds at Kelso North with the sun out and the grounds looking superb, the De La Salle boys – now known as East Hills Bluesox – made their first ever appearance on a baseball diamond.
“Looking great in their new (unfamiliar) uniforms with some sporting ‘Bluesox’ with mitts in hand, they took to the diamond looking the part.”
Jill said that despite knowing little about the game having only seen it on TV, they did well and there were many funny moments.

“There were quite a few big hits and misses, with ample amounts of encouragement and laughter from all the parents on the sidelines,” she said.
“The EH Bluesox may not have won the game but baseball was the winner on the day.
“It was a terrific effort for their first game. Thanks to mentors Peter Archer (East Hills President), Peter Klianis (EH Coach/Exe), Paula Bourke (EH Coach), Michele Pendergast (scoring) and the ever patient umpire Darren who explained the rules as the game progressed. Many memories were made and lots of fun had.”