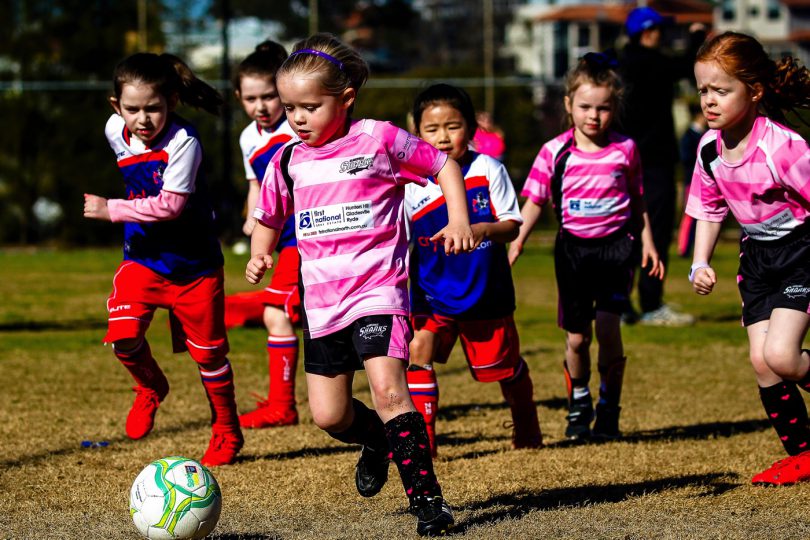 THE growth of football is expected to soar with Stadium Australia to host the final of the 2023 FIFA Women’s World Cup, as well as lead-up matches.

The tournament will see the world’s best coming together in 32 teams to vie for the trophy in July and August 2023.
Football NSW CEO Stuart Hodge said with female participation already growing at a significant rate, confirmation that Stadium Australia and the Sydney Football Stadium would play host to the biggest female football spectacle across the globe would undoubtedly attract increased further interest in the game.
He said they were “ecstatic that Stadium Australia will host the final”.
“Female football is the fastest growing area of our sport, and this will undoubtedly turbo charge further growth and boost the popularity of the sport,” he said.
“The legacy opportunities created by having the world’s best players play in Sydney, is incredible.
“Australian football has celebrated many great moments at Stadium Australia over the years and it is fitting that it will host another momentous occasion when the final of the 2023 FIFA Women’s World Cup is played there.”
FIFA will announce tournament locations, as well as the provisional match schedule, at a later date.
Football Australia Chairman, Chris Nikou, said it would be the biggest sporting event on Australian soil since the Sydney 2000 Olympic Games, showcasing Australia and New Zealand to a global audience of over one billion people.
He said the tournament would unite nations, inspire generations, and provide our diverse and multicultural game with the perfect platform to grow over the coming years.