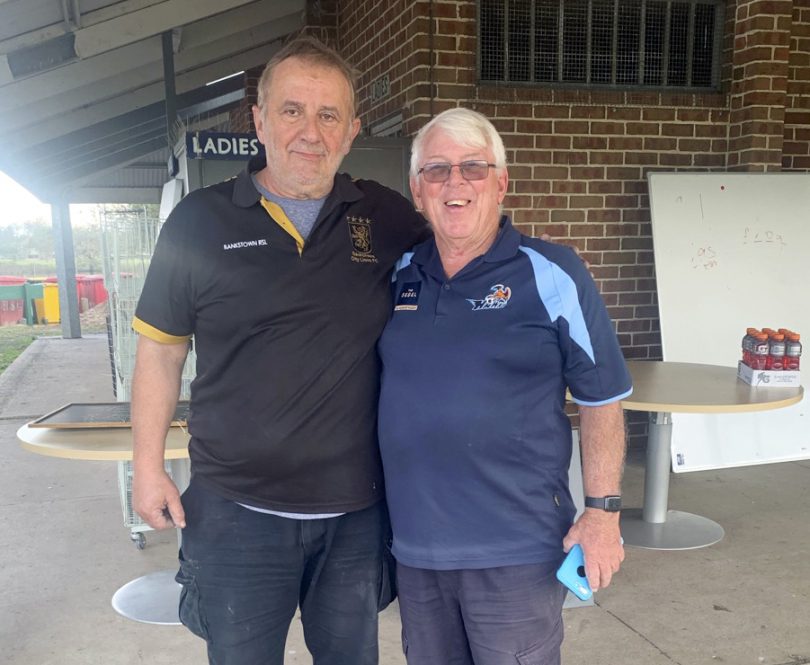 “I’ve known the club’s president David Bertenshaw for a long time and I asked what had happened and he explained that during the last floods, the grounds and clubhouse were six metres under water and everything had been lost with no immediate funding available to replace anything,” George said.
“I said we’ve got spare furniture, netting and shelving and he jumped at my offer so I borrowed a truck from a parent and filled it up with desks, chairs, shelving and some tables and took the load there for them.
“David was over the moon but I really didn’t think it was anything big, just the Australian thing to do; that’s what we do, we help out mates when we can.”
David said the kind gesture from Bankstown City Lions was unexpected but hugely appreciated.
“George had come out to watch his kids play and after having a look around, offered to bring us some furniture,” he said.
“I got a call a couple of days later from him saying I’m on the way with your delivery.
“As a club, we had lost everything and George really did help to get us back on our feet again.”