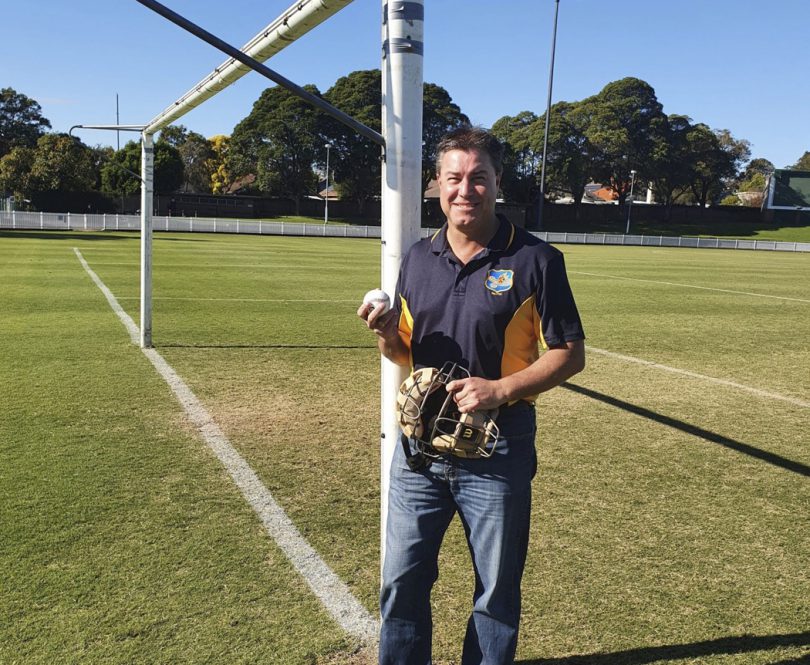 TRENT Thomas will soon be on his way to Tokyo for the Olympic Games. He may be the Football Operations Manager at Canterbury District Soccer Football Association, but he has been chosen to take a leading role in his other passion, baseball, as an umpire.

CANTERBURY District Soccer Football Association’s long serving Football Operations Manager Trent Thomas is embarking on an exciting experience after being selected for the upcoming Olympic Games in Tokyo.
However, the 45-year-old community football administrator will be taking his place as a leading umpire in the sport of baseball at the Tokyo Olympics from July 23 to August 8.
After being involved in football and baseball from childhood, Trent sees having a passion for both sports as not unusual.
“My paid job is in football but I have volunteered on weekends in summer as a baseball officiator since I was 15 or 16 and only stopped playing a few years ago,” he said.
“I have umpired baseball during world cups and major tournaments all around the world, including Mexico, Canada, Taiwan, Korea and even Japan but never in Tokyo so I am looking forward to that.”
Pleased that baseball has made a return to the Olympics after being dropped in 2008, Trent has no safety fears about the trip.
“I’ve been fully vaccinated and there are always strong safety protocols in place and we will be tested a lot while there,” he said.
“Sadly, the Australian baseball team has withdrawn but I will be umpiring some of the six countries that will be competing in the Olympics, alongside 10 international umpires and two Japanese.”
With his family thrilled for him to have the opportunity, Trent says he is lucky to also have a very supportive employer.
“They are very happy for me to work professionally with them and volunteer in another sport, I’m very lucky,” he added.