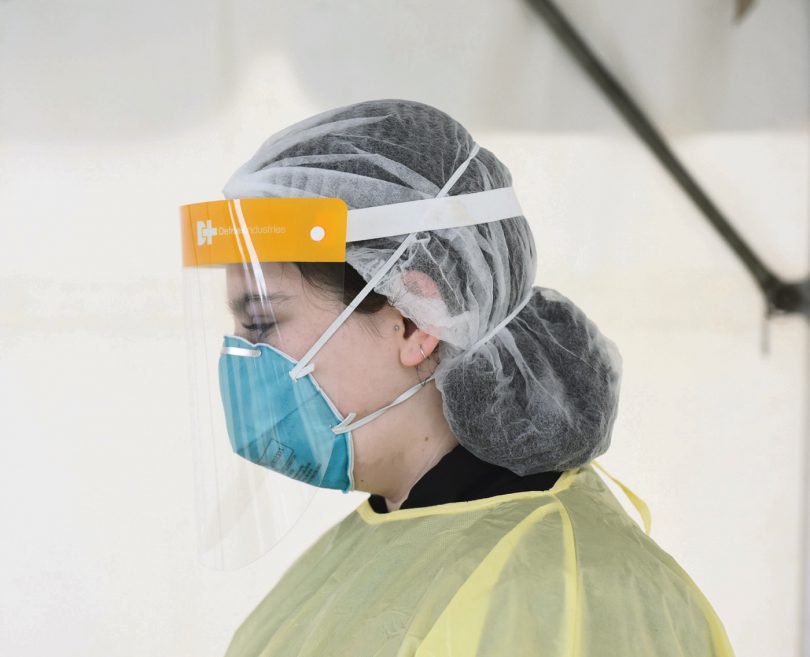 IN the past four weeks, five cases of Covid-19 were detected in the Inner West, all of whom were able to be traced to a known cluster or source.

A total of 18,656 tests for the virus were carried out in the local government area (LGA) in the four weeks to Monday, August 10, which is the ninth highest number of tests done in the State.
Statewide, 22 new cases were detected in 24 hours to 8pm on Monday, although only one of those was locally acquired with no link to other known clusters able to be determined so far.
However NSW Health is asking anyone who went to the Woolworths at Marrickville Metro Shopping Centre between 7pm and 7.20pm on Sunday, August 2, to monitor themselves for even the mildest flu-like symptoms, such as a runny nose or scratchy throat and if any occur, they should self-isolate and arrange for a test immediately.
Following a positive test by a player who played at Arlington Reserve in Dulwich Hill on Saturday, August 1, the council also undertook deep cleaning of all public facing areas, including the public toilets, change-rooms, referees’ rooms, canteen and touch-points such as gates, benches and fences.
The positive test came from a Newcastle Jets’ player who was playing in an Under 15s match against the Stanmore Hawks on Saturday, August 1. The Hawks players were forced to self-isolate for two weeks.
Isolation is mandatory for anyone identified as a close contact – not a casual contact – of a confirmed case and anyone directed to undertake a 14-day self-isolation period must stay in isolation for the full time, even if they initially test negative.
For more information, visit health.nsw.gov.au.