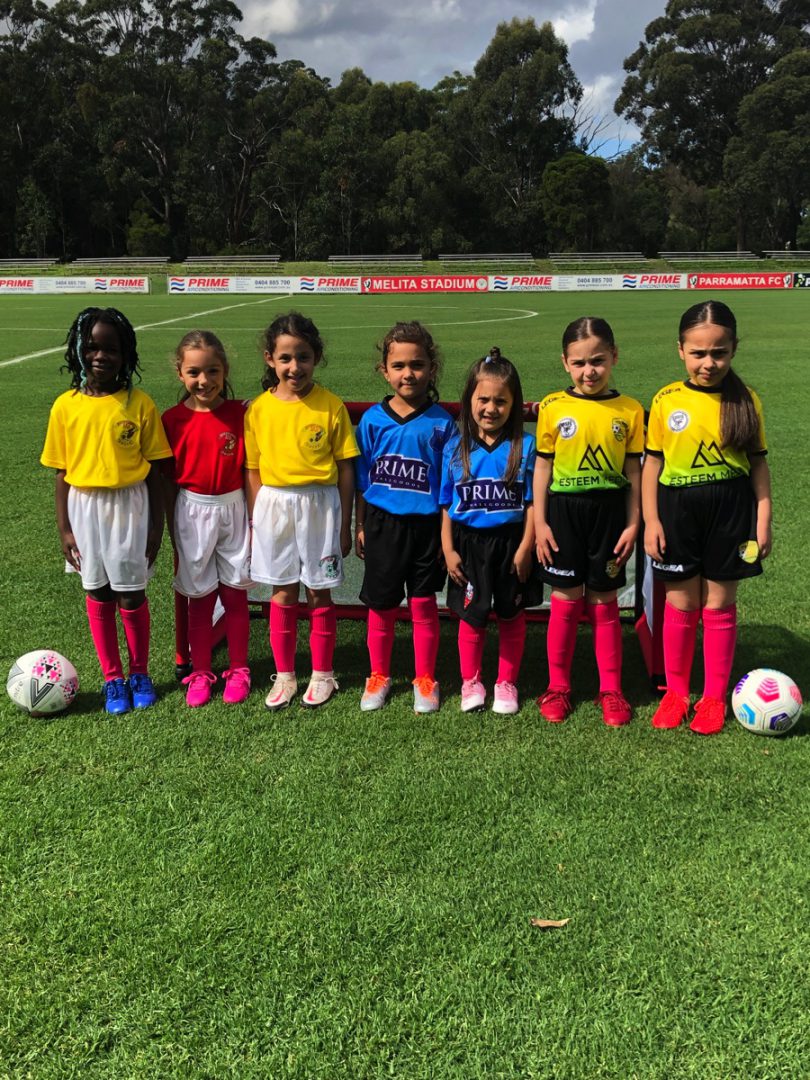 Playing on alternate grounds at Guildford West Sports, Webbs Avenue and Merrylands Park, the Mini Tildas are the brainchild of GDSFA Operations Manager Rosanna Lentini.
“We have limited numbers of girls and women in our Granville clubs so the females play with the Blacktown Association,” she said.
“With Mini Tildas, especially with the Women’s World Cup on our doorstep, we have started our own all-girls competition from the ground up and plan to keep our local comp going for them as they get older.
“They will be playing just four a side with 20-minute halves so they can develop the basics well and also have a lot of fun and make new friends at the same time.”
Lentini also has a surprise waiting for them ahead of kick off on Saturday – she’s bought pink socks for every player.
“When my daughter started playing at seven, she’s now 33, she was very girly but of course, extremely interested in playing soccer,” she said.
“All she wanted was a pair of pink soccer boots and I searched high and low without success, all I could get were pink bootlaces for her which she wore with pride and she became known as the little girl with the laces.
“I thought it would be nice to do something similar with the socks for our new Mini Tildas.”
Saying everyone was champing at the bit to get underway on Saturday, Lentini said it was still dependent on the weather.
“We’ve only got a couple of fields open at this stage but fingers crossed we will be right to go soon.”