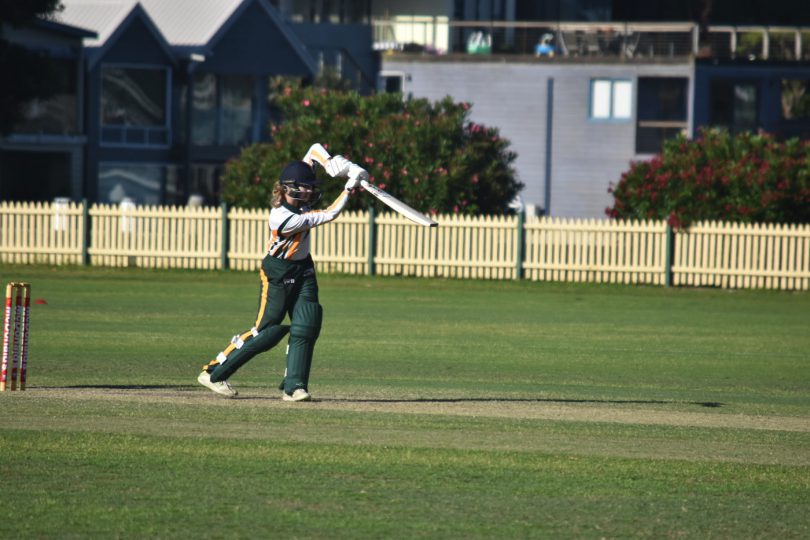 STARTING an hour earlier to try to beat the heat, Bankstown Sports Women’s Cricket First Graders had Penrith on the hop early before some later order partnerships put them back in contention.

With 161 the target, Bankstown needed someone to steady the ship and Angelina Genford, 61, did exactly that.
Penrith were all out in the 46th over thanks to Genford, 3/13, Jannutal Sumona, 3/25 and Samantha Devlin, 2/26.
Other small but important contributions included Jade Errington, 16, Yasmin Fernando, 19 and Emily Lawler, 16no, who all helped to knock off the total; Genford was eventually caught for 61 (75) but the damage had been done with Bankstown finishing with 7/161 in the 34th over.
Bankstown’s Third Grade, 5 for 78, was defeated by Gordon, 5 for 107.
Best bowlers were Hannah Gibson 2/17 off 4 overs, Alanna Yates, 1/17 off 3 overs and Brianna Fraser, 1/18 off 3 overs.
Outstanding batters were Maeve Martin, 18 caught out, Hannah Gibson, 17 not out, Brianna Fraser, 14 bowled and Shekinah Lowe, 13 not out. Field performances included Brianna Fraser with two catches and Felicia and Tara Aoina with a catch each.
The first 50 over game for the U18 Brewer Shield side of the 2020/21, proved to be the hottest day of cricket this season.
Penrith won the toss and choose to bat first. They reached 204 before being bowled out in the 48th over.
The wickets were shared among Brinly Peters (2/26), Chrissa Stathis (2/21), Sarah Lawler (2/32) and Hannah Gibson (2/22) who all picked up two wickets each; Mridula Thirupathy (1/12) and Ava Blackburn (1/6) also chipped in with a wicket a piece.
In replay, Bankstown got off to a great start due to a 76-run opening partnership with Chrissa Stathi,s 38 (50) and Mridula Thirupathy, 39 (47) but were bowled out for 149 in the 30th over.
The U15s Sixers Cricket League Girls had their second win of the season against Illawarra Catholic Club, passing their total in 15 overs with Marium Mahmood leading the way on 20no from 22 balls.