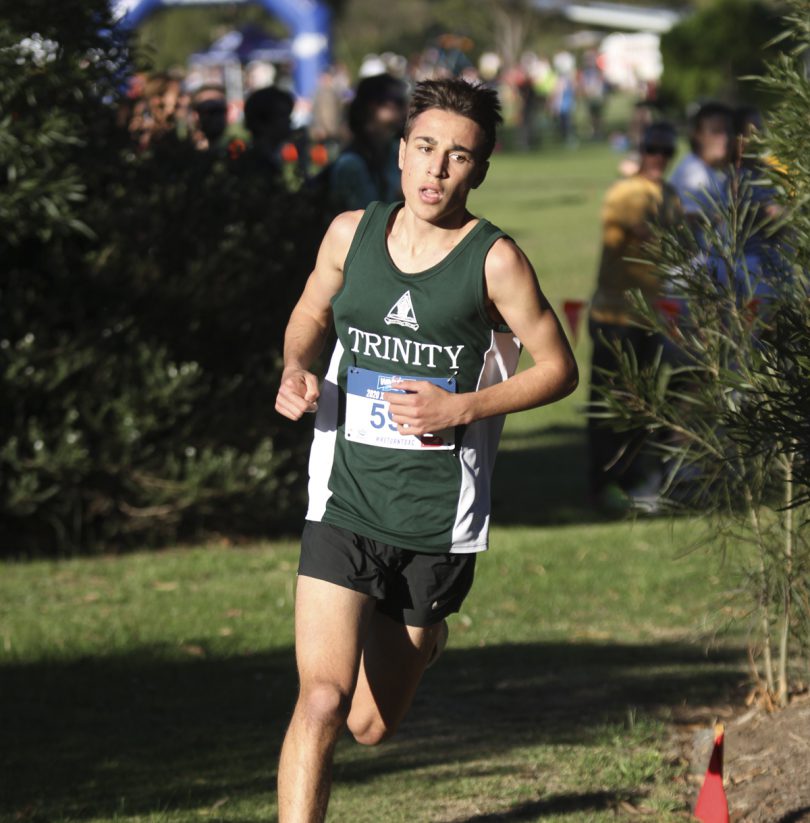 SHAKING off the Covid cobwebs, runners from Summer Hill’s Trinity Grammar Athletics Club, made the most of the bumpy track at the Athletics NSW Short Course Cross Country Championships to bring home a stack of medals, including Luca Gillard who won gold in the Under 15 Mens 3km event. 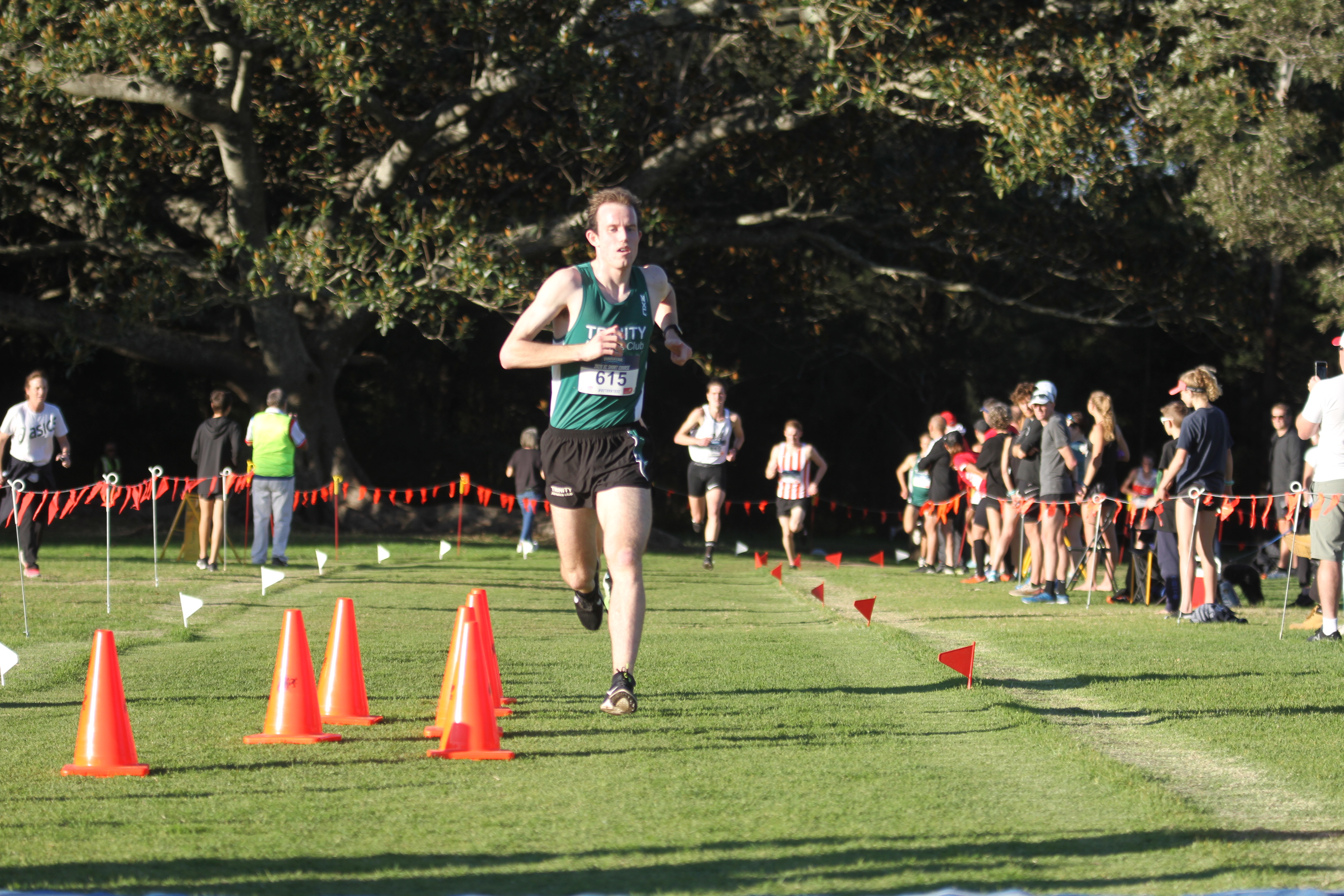 Trinity athletes also brought home plenty of silver, including Theo Christian in the Under 17 Mens 4km event and Matthew McLachlan in the Under 13 Boys 2km, while both Josh O’Connell in the Mens Under 14 2km run, and Claudia Meaker in the Girls Under 14 2km had tight finishes, each just two seconds short of the top spot.
Fighting right to the finish, and just four seconds behind winner, Patrick McMahon picked up bronze in the Mens Under 13 2km, as did Ethan Brouw who took third just a few seconds behind the winner of the Under 20 Mens 4km.
Also finishing with bronze, and both less than six seconds off the winning pace in their respective races, were Lachlan Townsend in the Mens Under 18 4km and Jonathan Meaker in the Under 16 Mens 3km. 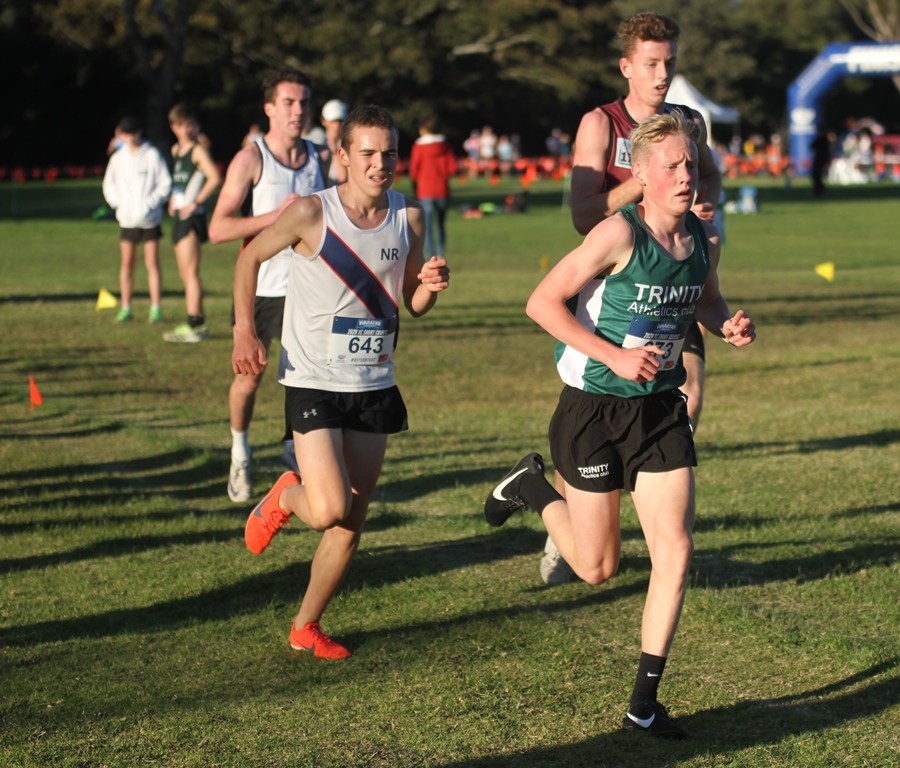 Held in West Dapto on Sunday, July 18, the race series was the first major athletics event since March when the coronavirus outbreak saw the cancellation of the NSW Little Athletes State Championships and the Junior and Senior National Championships.
The next major Athletics NSW event will be the State Cross Country Championships at Nowra on August 8. 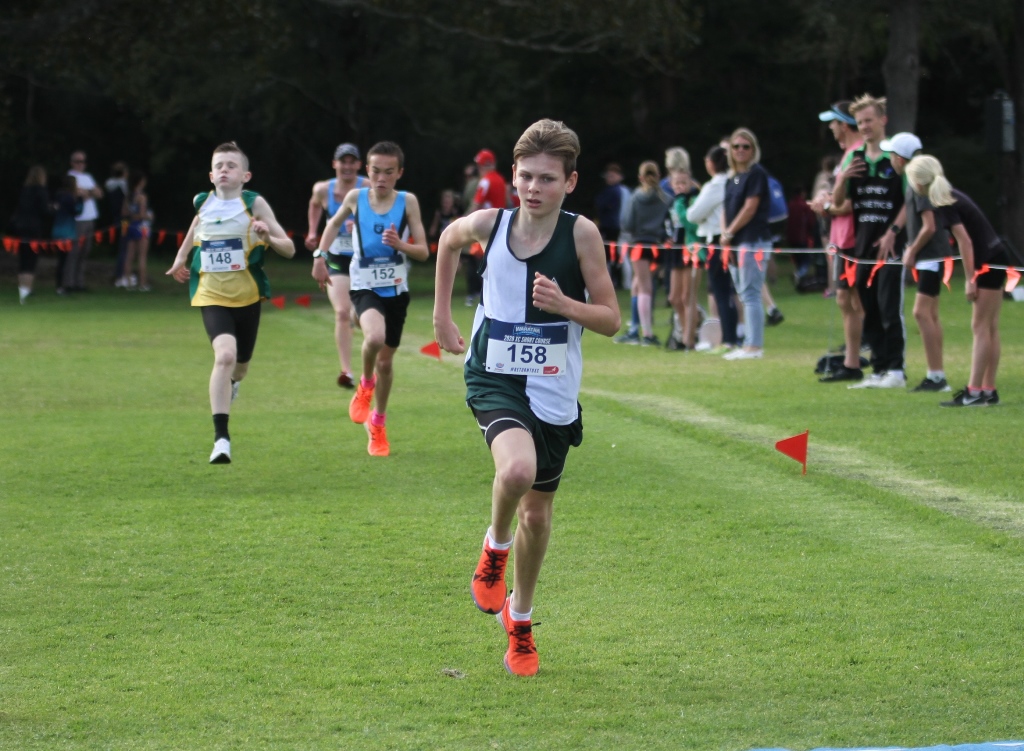