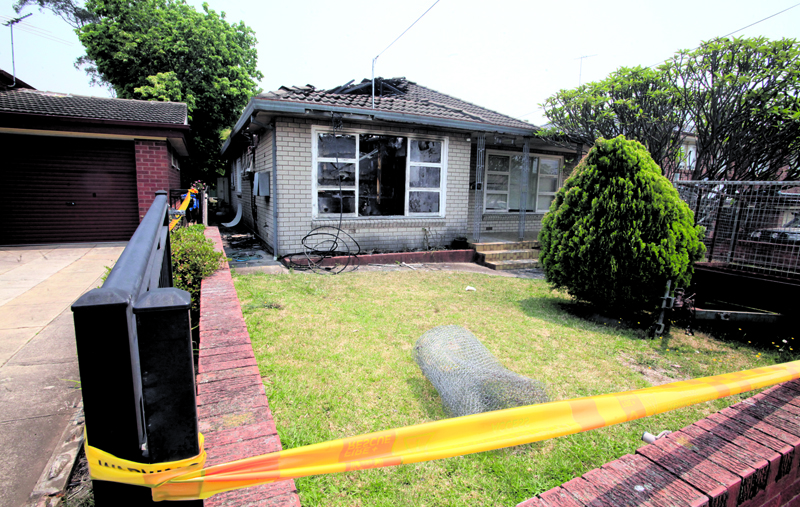 FIRE ripped through an unoccupied house in Merrylands in the early hours of Monday morning causing serious damage to the partially renovated property.

Neighbours called Triple Zero (000) at 3.28am but by the time the first of three firefighting crews arrived, flames were already through the roof at the front of the house.
“We’ve woken and found the house on fire across the street,” one neighbour who filmed the inferno said.
A spokesperson for Fire and Rescue NSW said they were told that the property was undergoing renovation and wasn’t furnished.
He said about half of the house was damaged by the fire with the remainder of the property also suffering smoke and water damage.
It took firefighters about two hours to extinguish the blaze.
No neighbouring properties were damaged and no injuries were reported.
Investigations are underway to determine the cause of the fire.