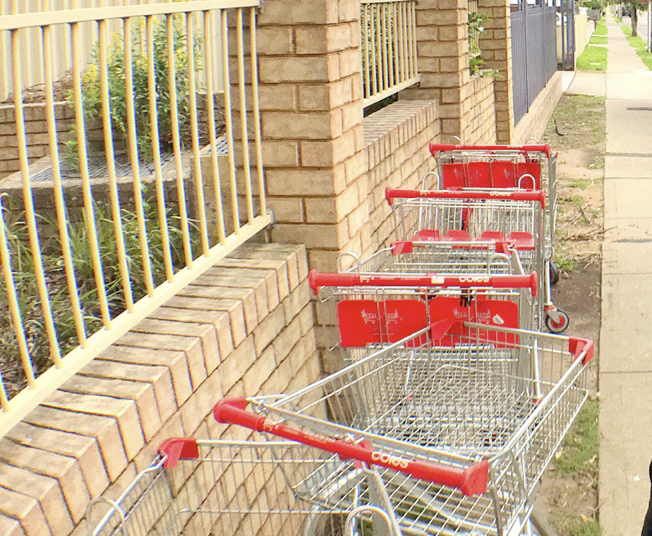 Owners of unregistered vehicles including cars, boat trailers and caravans left in public places, would also face an on-the-spot fine of $660, a court penalty of up to $2,750 and/or their vehicle impounded.
Minister for Local Government, Shelley Hancock, said the changes would make valuable public places safer and more enjoyable.
“These sensible new laws meet community expectations for safe, accessible and useable open spaces now and into the future,” she said.
“Abandoned items such as shopping trolleys and unregistered vehicles are not only a safety hazard and nuisance but a blight on streets, footpaths, nature strips and other public places across the State.
“We are now future-proofing our laws to arm councils, police and other public land managers with strong powers to take swift and effective action and rid our open spaces of the scourge of abandoned and unattended items.”
Frustrated by abandoned shopping trolleys continuing to litter streets, Cumberland Council has crushed thousands of them and turned them into scrap metal.
Mayor Steve Christou agrees the abandoned trolleys are “a blight on our streets”.
Frustrated by abandoned shopping trolleys continuing to litter streets, Cumberland Council began collecting and crushing them, turning them into scrap metal, a successful move which has seen many retailers pay the impound fees to have them returned.