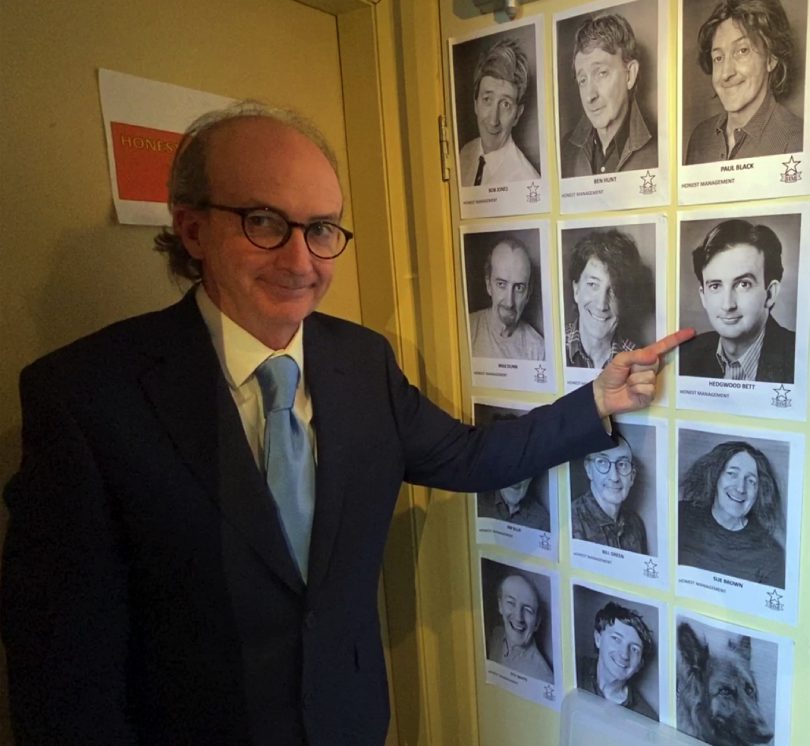 A TRIBUTE to the struggling actors who spend all their life doing bit parts and never get that big break (unless they make a short film out of it), ‘The Thirty Second Man’ by Camperdown’s Steve McGrath, has been named as one of 16 finalists out of over 300 entries around the world in the SmartFone Flick Fest (SF3).

SF3 – Australia’s hit international film festival – is back with record numbers for its sixth year.
“The Thirty Second Man is a twisted tale of an actor who has spent his whole life doing only TV commercials,” McGrath said.
“He believes the TV commercial is a specialised art form of which he is the master,” McGrath said.
“He believes he performs a more important service to mankind than actors who appear in the plays of Shakespeare.
“When he finds out his agent is stealing his money, he decides to play the part of his own agent, and gets caught in a web of his own multiple personalities.”
Among the 12 finalists in the new ISO-themed category, are ‘Spalding’ by Camperdown’s Brooke Ryan and ‘The Projection’ by Camperdown’s Olivian Duncan and Aleks Mikic. Not only is it the first year SF3 is going online, it’s also one of the few film festivals around the world to host an in-cinema screening, made possible by Sydney’s current moderate level of restrictions, on October 10 at Event Cinemas in George Street.
Visit sf3.com.au for tickets, trailers, behind-the-scenes videos and details on director masterclasses.