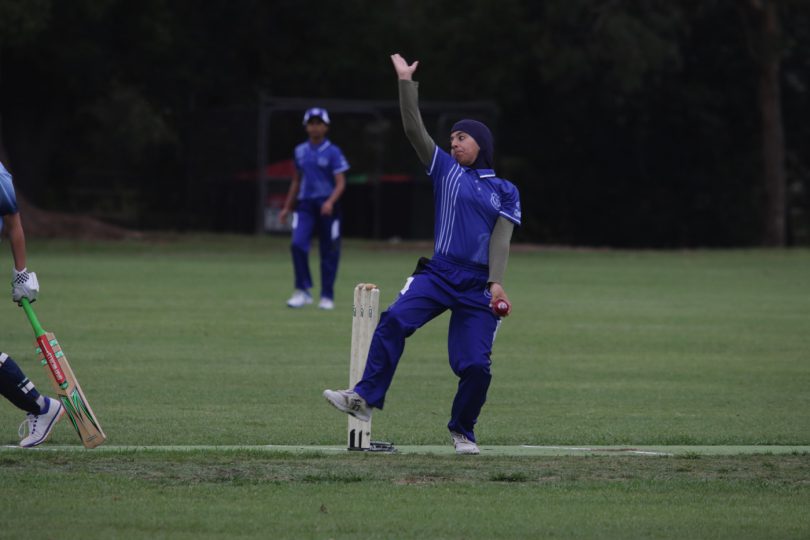 Winning the toss and electing to bat, Bankstown Sports got off to a strong start after being none down at the first drinks break thanks to Katie Mack (33) and Tahlia Dunne (38). Losing their openers in relatively quick succession, Bankstown needed to rebuild which is exactly what Maddie set out to do. On her way to 117, she blasted the ball to all areas of the field to reach her score off just 104 balls, in what was her first century for the club.
Angelina Genford (39) played the support role as Bankstown set a competitive 3/246.
A couple of early wickets thanks to Emily Lawler had Sydney on the back foot early but a 107-run third wicket partnership brought Sydney right back into the box seat. Bankstown’s fielding was no where near their best which allowed Sydney to capitalise and Jodie Hicks to score 120 in good time. Sydney passed Bankstown’s score 4 down in the 47th over.
Bankstown Sports U18 Brewer Shield side went down by one run against first placed Sydney.
Cynthia Coghlan was the pick of the bowlers with 4/33 off her 10 overs, which included 2 maidens. Tyra Cooper also chipped in with 2/7 off her 4 overs.
The Bankstown District Cricket Association U13 Mollie Dive team recorded two terrific wins. In the first match, Bankstown kept Camden DCA to 9/40 off their 20 overs thanks to some very tidy bowling from all bowlers. Syeda Bareen Haider claimed 3/2 off her 4 overs with Bella Stevens also picking up 2/8. In reply Bankstown chased down Camden’s total in the 8th without losing a wicket – Haider finished with 24no and Aditi Shidore 5no.
In the second match of the day, Bankstown was bowled out for 81 against Hornsby Ku-ring-gai and Hills in the 19th over. Stevens top scored with 24no with Rayani Jayawardana the next best with 11. In the field, the Bankstown U13s were on fire bowling HKHDCA out for 37. Ava Gaughan picked up 3/4 (3.3) while Jayawardana, Haider and Stevens all finished with 2 wickets apiece.
Both Bankstown Sports Women’s Cricket Club 3rd Grade and U15 Sixers Cricket League teams were washed out.