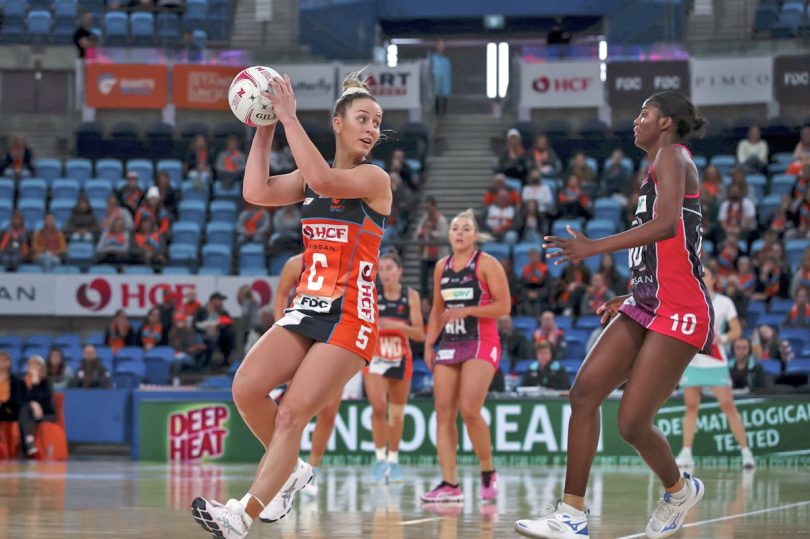 THE tables turned during Saturday night’s Super Netball clash at Ken Rosewall Arena as the Melbourne Vixens stole the win 53-48 from champions, the NSW Swifts.

A stand out for the Swifts was skipper Maddy Proud. The team leader locked in a whopping total of 39 feeds and 21 goal assists. The Swifts take on the Magpies on Saturday, April 9, from 7pm at Ken Rosewall Arena.
It was a similar result for the Covid-effected Giants side which couldn’t match it with the Thunderbirds for all four quarters and lost 56-43 at Netball SA Stadium on Sunday.
The Giants, contentiously, were twice denied permission to reschedule the fixture after six players – including Diamonds trio Jamie-Lee Price, Sophie Dwyer and Amy Parmenter – were unavailable due to Covid-19 protocols.
Amy Sligar, back from isolation, starred for the visitors who were given no chance but surprisingly took it to Adelaide early, moving ahead 15-13 at quarter-time.
They held a slender one-goal buffer in the third and were dreaming of something special before their defence broke down and all was lost.
The Giants take on the Vixens on Saturday, April 9, from 5pm at John Cain Arena.