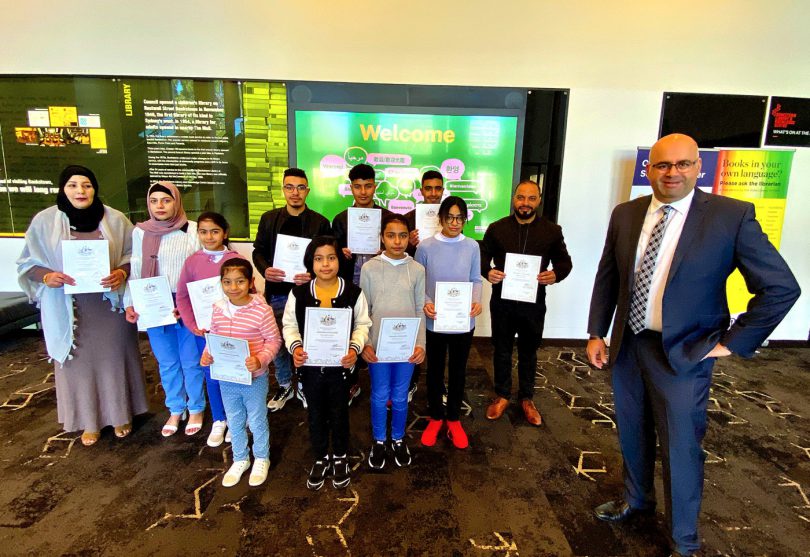 IN a citizenship ceremony conducted by Mayor Khal Asfour and following strict social distancing protocols, all 11 members of the Alokla family from Condell Park proudly took the oath to become Australian citizens. 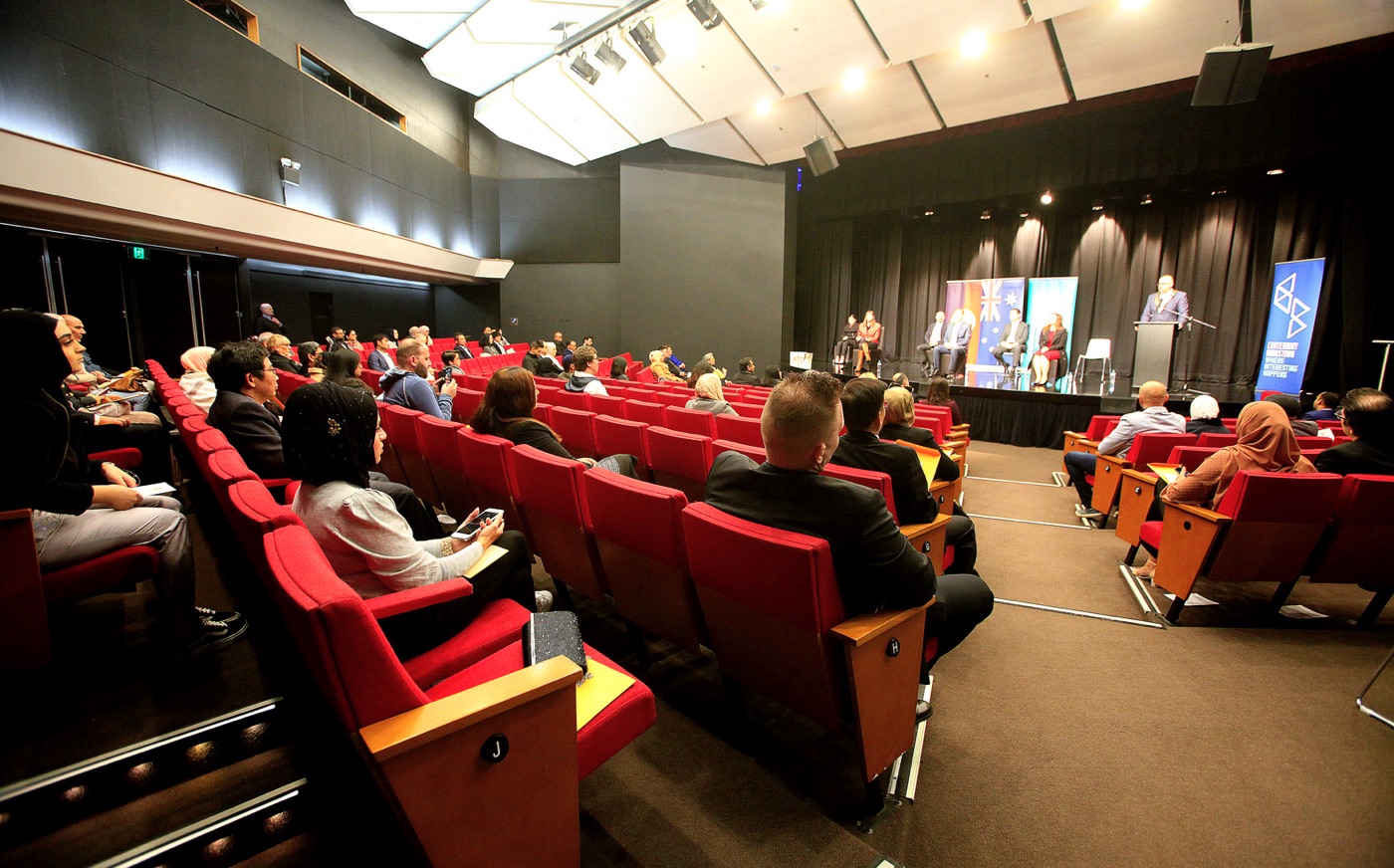 ELEVEN members of one Condell Park family were among 80 people to take the citizenship oath at Canterbury Bankstown’s first ceremony since the outbreak of Covid-19. Conducted under strict conditions, including no handshakes, certainly didn’t take the shine off the experience for Badr Farhan Alokla and his family who have waited five years to become Aussies.
He said his wife, Nahed Almestou, and their nine children now aged from eight to 17, fled to Jordan from Syria in 2012 and spent three-and-a-half years as refugees before being offered a chance to come to Australia through a UN resettlement program in 2015.
“I am so happy,” he said.
“I want to make my new life here. My children are growing up, [our] oldest son is in Year 12 now and will go to university next year. He will become a doctor. He wants to fight Covid.”