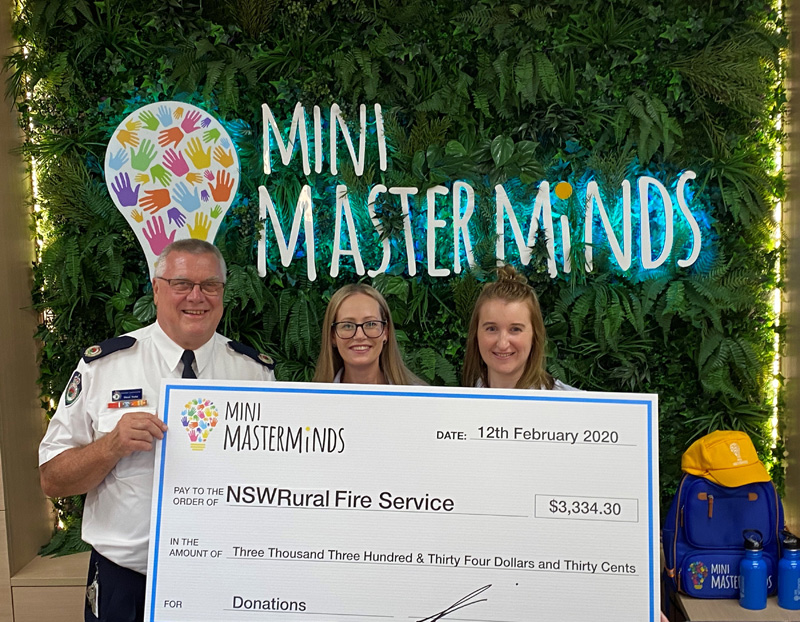 NATURAL curiosity by children at Sydney Olympic Park based childcare centre Mini Masterminds about the summer’s bushfires, opened the door to a range of learning opportunities as well as inspiring a fundraiser.

General manager Kristy Pereira said children at the centre started asking why it was so hot, why there was smoke outside and other questions surrounding the fires.
She said that led staff members Heather Papanicolaou and Stephanie Brennan to begin discussions with the children about the bushfires supported by a range of activities.
“It was through the children’s curiosity and wonder in their learning about the fires that we were able to provide meaningful teachable moments,” she said.

Two families at the centre also have with links to the Rural Fire Service (RFS) which is also based at Sydney Olympic Park, and Mrs Pereira said that provided the inspiration for a charity night last month attended by more than 200 people which raised $3,334 for the RFS.
“Our charity night became about the children and how we can involve them and their families and be a service that makes a difference,” she said.
Centre director Mikaela Cassell said she felt blessed by the support from families and the local community both in the lead up to the event and on the night.
“It was through the turnout at the event that the sense of family really shone through at Mini Masterminds along with a deep sense of community,” she said.