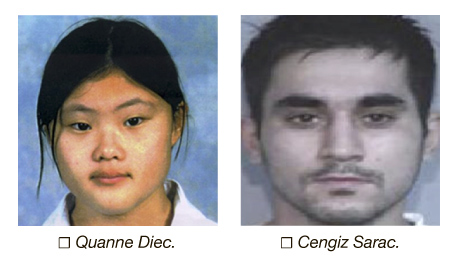 TWO families are dealing with the devastation of knowing that while their loved ones are missing, presumed dead, they have no body to bury and no gravesite to mourn beside.

Quanne Diec was just 12 when disappeared between her family home in Granville and Strathfield Girls’ High School on July 27, 1998, and last year a jury acquitted former Granville man Vinzent Tarantino, 52, of her murder. Despite extensive investigations, including bushland searches, her body has never been found, leaving her family in limbo.
NSW Police also believe that Cengiz Sarac, then aged 24, was murdered after he went missing from Auburn on August 2, 2005. A murder case against an alleged suspect collapsed in 2013 and while ground penetrating radar was used to search a property at Merrylands, Mr Sarac’s whereabouts remain unknown.