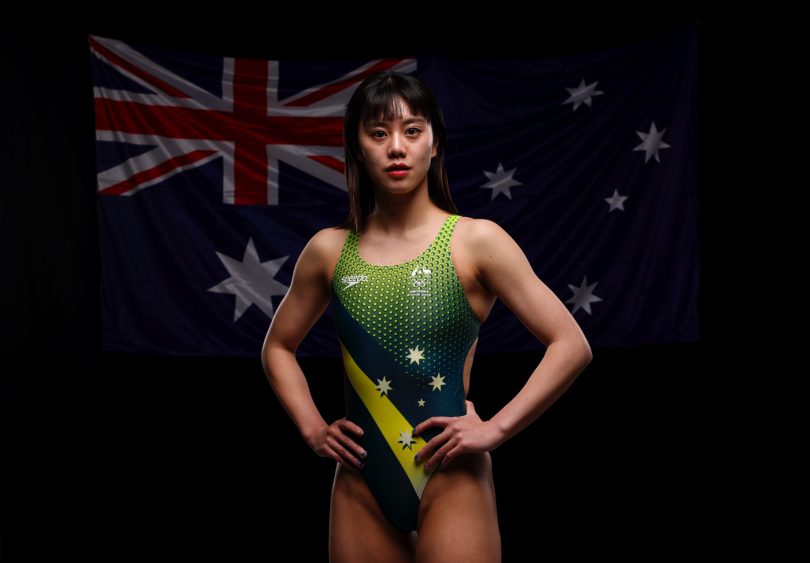 RIO Olympian and Padstow resident Esther Qin has made her second Olympic team after being selected among seven divers to represent Australia in Tokyo this month.

Esther joins Melissa Wu, just the third diver to represent Australia at four Olympics, with Olympic bronze medallist Anabelle Smith selected for her third Games and Nikita Hains, Cassiel Rousseau, Sam Fricker and Shixin Li all making their Olympic debut.
The seven divers selected won their nomination, beating out their competition at the Diving Australia trials in Sydney to secure their ticket to Tokyo.
Esther’s coach Chava Sobrino, a fellow Olympian, said she was a joy to coach.
“She has amazing drive and is extremely disciplined; she never stops even if she is tired, injured or not feeling well,” he said.
“Basically, nothing can stop her on her quest to achieve her goals.
“She is a very exciting diver to watch and possesses one of the best hurdles in the world.
“Esther is a great example in and out the pool and as a competitor, she is relaxed and focused but with an amazing desire to succeed.”
Chef de Mission of the Australian Olympic Team Ian Chesterman welcomed the athletes to the Australian Olympic Team for Tokyo.
“Congratulations to all seven divers named in the Australian Olympic Team,” Mr Chesterman said.
“This group of athletes have faced some difficult challenges and have shown incredible determination and perseverance to achieve their Olympic selection.
“It takes a village to raise an Olympian and I want to thank Diving Australia, the coaches and support staff who have helped develop these athletes from juniors to the world’s biggest sporting stage, and to the friends, family and supporters who have been there every step of the way to help these seven divers achieve their Tokyo Olympic dream.”
The Diving competition will run from July 25 to August 7.