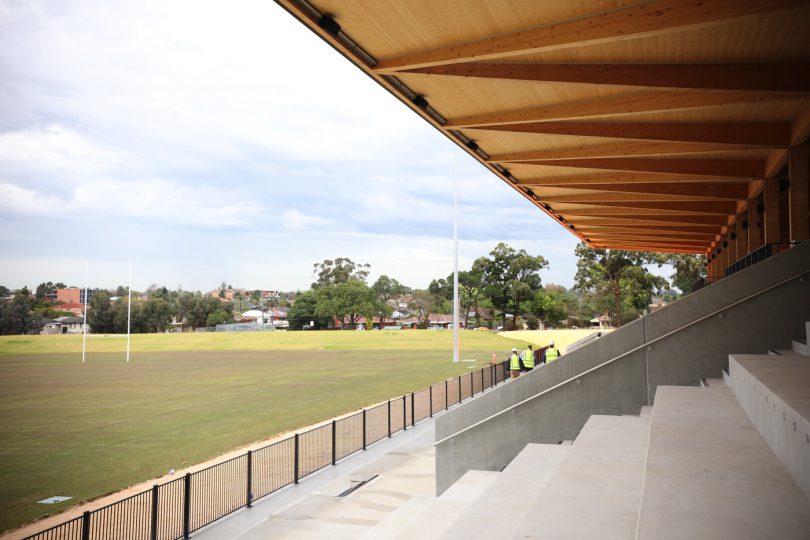 THE finishing touches on the $11.3 million state-of-the-art Eric Tweedale Stadium at Granville Park are complete. 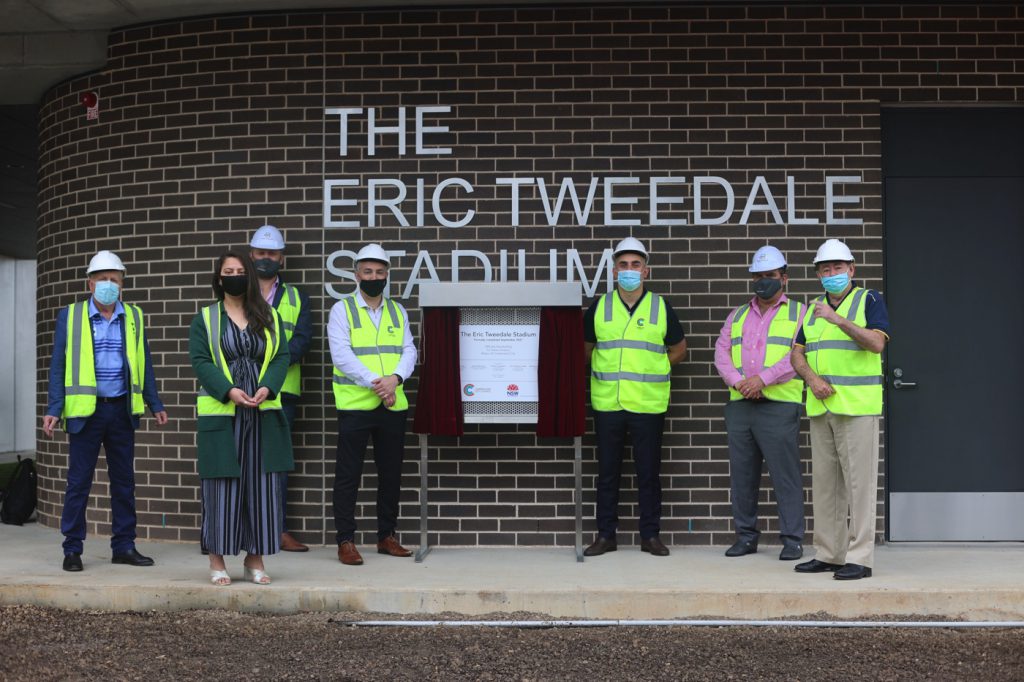 A “benchmark for sustainable construction with a key focus on an intricately detailed timbre roof structure”, the stadium – home to the Two Blues rugby union club – now has a grandstand for 760 seats, change rooms for players, home/away, male and female, and referees, a strength training gym, multipurpose room, first aid and administration rooms, canteen, lift access and function room with adjoining commercial kitchen and viewing deck.
The stadium was named after Mr Tweedale, who after serving in the navy during World War II, was selected for the Wallabies team in 1946 to play against the All Blacks in Australia’s first post-war international Test, before going on to earn 13 representative caps playing against Scotland, Ireland, Wales, England, France and Canada as well as playing for the NSW Waratahs.
He grew up in Merrylands and Guildford, and was just 17 when he played first grade Rugby for Parramatta, now known as the Western Sydney Two Blues.
Mayor Steve Christou says he’s looking forward to seeing the Two Blues run out for the first game at Granville Park in front of the Eric Tweedale Stadium, with the premiere facilities expecting to attract new fans, players and sponsors.
“The future of rugby is bright and will flourish in western Sydney,” he said. 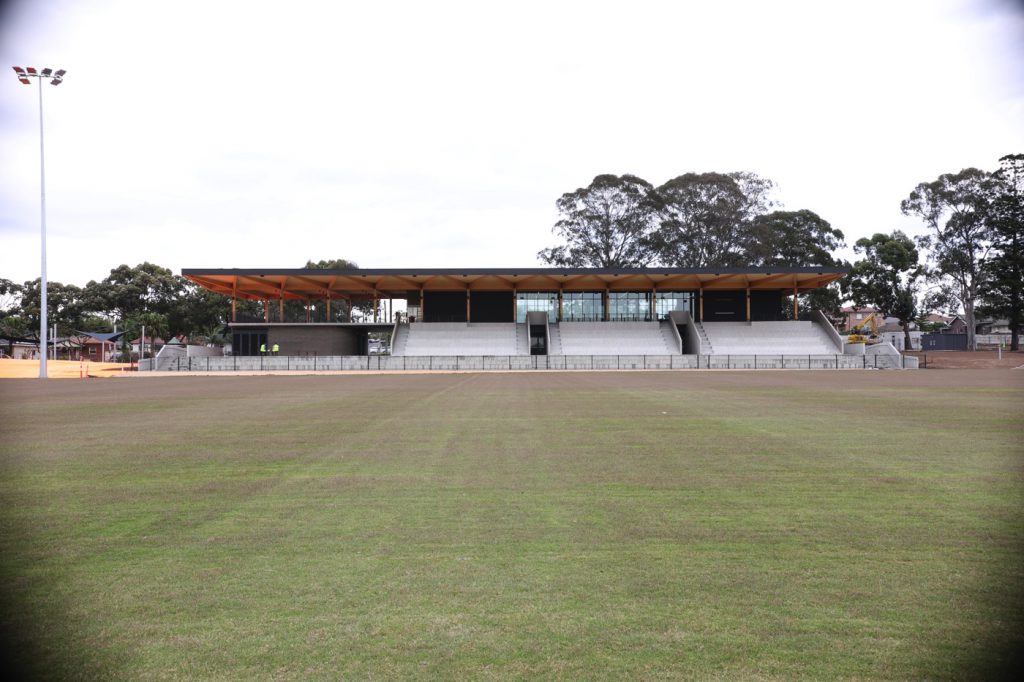