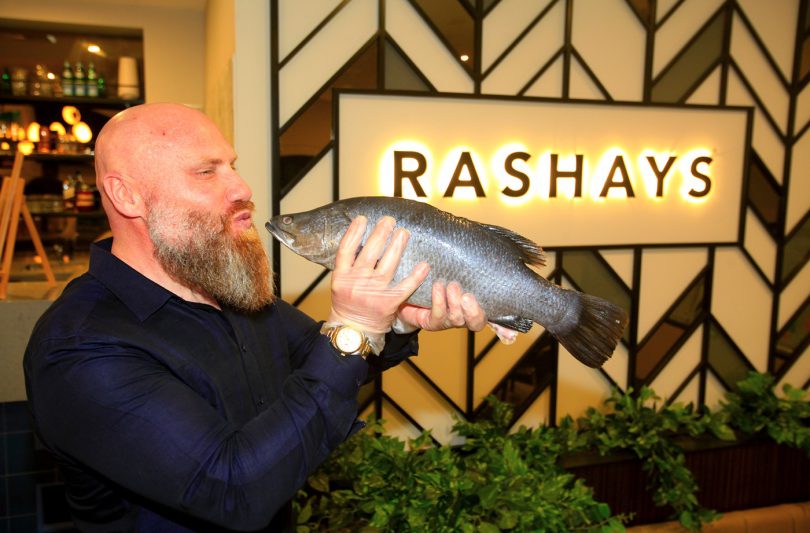 WHEN his father-in-law mentioned seeing a television program highlighting the struggle Australian Barramundi farmers were going through, Chester Hill restauranteur and businessman Rami Ykmour decided to do something to show his support.

He said adding locally grown barramundi from Coral Coast Barramundi farm, in Bowen, Northern Whitsunday, to the menus of 30 Rashays restaurants across Australia, including at Punchbowl and Chester Hill, as well as Oodee.com.au, his new food delivery service venture, is also a win for customers.
“There is nothing like an Australian grown barramundi,” he said.
“People are missing good fish on the menu, and we serve it the very best way, simply grilled with salt and pepper.
“Now, more than ever, it has to be a case of Aussies supporting Aussies to help the country get back on its feet.”
Faced with lower demand because of Covid-19 lockdowns, there has been an increased risk of the fish getting too big for their tank and dying, and Coral Coast Barramundi marine biologist and farm manager Justin Forrester said it was also really hard for them to compete with imported Barramundi.
“So even beyond Covid, it’s important for the hospitality industry to support local food producers,” he said.
“Not only because it’s a quality product, but because by supporting Australian, you are helping to keep people employed. By supporting our farm, you are also helping to support someone’s livelihood and family.”
President of the Australian Barramundi Farmers Association, Ken Chapman, also said the mutual support was important and hopes more restaurateurs will follow Mr Ykmour’s lead.